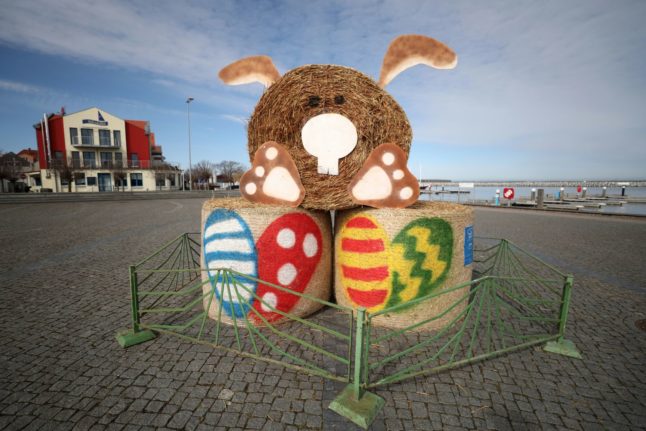 The Thursday before the Easter weekend is “Holy Thursday” in English. In German, however, you call it Gründonnerstag, which means “Green Thursday.” And now I am just as confused as you are.

So how did the day receive its name?

Gründonnerstag is the day the churches remember The Last Supper, the last time Jesus got together with his twelve apostles to dine. Why exactly this day is carrying the colour green isn’t clear, but several theses exist to explain it.

The first and most probably most common thesis is the meaning of Grüne (“Greens”) as sinful people. After the fasting period in the week prior to Easter, these sinners made public were allowed to return to the church community as people without sin.

A second thesis is hidden in here – Gründonnerstag could also derive from the notion of grîn donerstac, where grînen is an Old High German word for crying. Hence, this thesis means that the sinners cry on this day to show the regrets they have.

Could it actually have to do something with the colour green?

Another thesis also links to greens, but in the more known way – as vegetables. Since probably the 14th century, it was tradition to especially eat green vegetables on Gründonnerstag.

Those include for example kale, salad and young sprouts, which are found everywhere in spring. The reasons for this diet are that it combines the requirements for fasting with the belief that spring vegetables get everyone’s energy going, so to say.

As you can see, the origin of Gründonnerstag is a tricky business. But at least it doesn’t mean that everyone has to dress in green. Rabbits also enjoying being outside near Thuringia on Gründonnerstag. Photo: DPA

Is it a public holiday?

No. Last week Chancellor Angela Merkel decided to make the day a public holiday as part of a plan to stem rising coronavirus cases, but decided to overturn it less than two days later.

That means that businesses are still allowed to stay open and employers don’t have to compensate employees for a day off, although some do anyways, especially for public sector jobs.

The Holy Thursday isn’t a public holiday in Germany.

The Holy Thursday marks the day Jesus met his apostles for the last time.