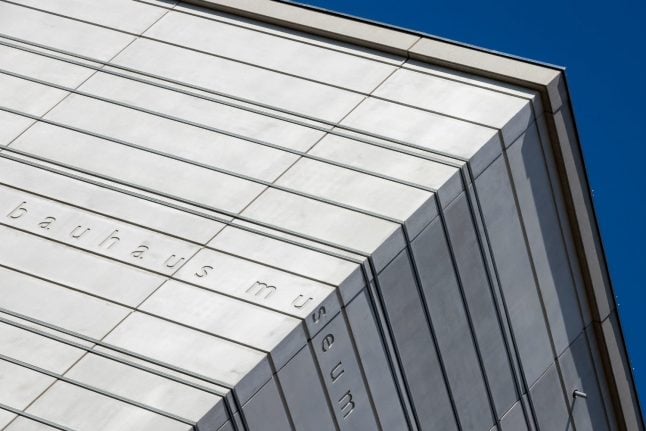 “Of course you can't see this opening separate from its political context,” Wolfgang Holler, director of Weimar's museums, told AFP. “Bauhaus was, from the very beginning, intensely political. And so it's a perfect place to start a conversation, especially with young people.”

“I was able to achieve my main goal, which was for the museum to be able to stand up to the Nazi architecture in the neighbourhood,” Hanada told the daily Thüringer Allgemeine.

“It becomes plain here what happens when you heedlessly run after certain ideologies,” Holler said. “These fascinating juxtapositions say so much about how this country sees itself.” Photographer Thomas Müller said they were also meant to challenge the AfD, whose co-leader Alexander Gauland has called the Nazi era a “speck of bird shit in more than 1,000 years of successful German history”.

“Especially in view of the Thuringia election, we have got to deal with our history responsibly,” Mueller told German radio.

“Some have even compared it to the Wolf's Lair,” Hitler's Eastern Front headquarters, Holler admitted. “But we wanted something that would say, 'We aren't cowering away — we're making our presence felt'.”

“You learn here how hard it can be for those who are ahead of their time,” Holler said.