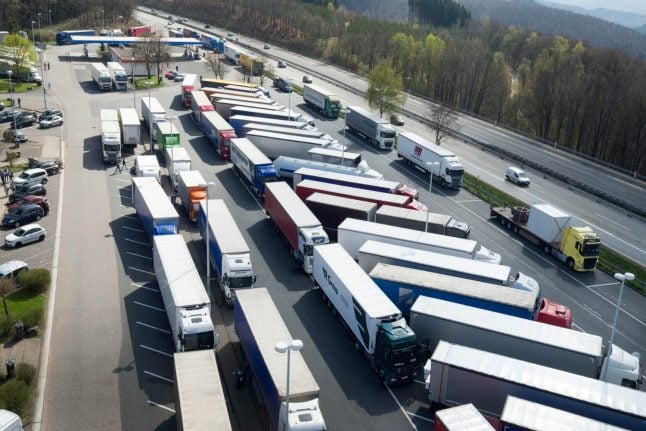 Of around 13,000 trucks whose “AdBlue” filter system was checked on German roads last year, 300 were “defective”, a government answer to a parliamentary question from the Greens party seen Tuesday by AFP showed.

Of 132 such defects spotted since August last year, 84 could be traced back to deliberate manipulation rather than a technical fault, the government added — a distinction not drawn in statistics collected before then.

But with their catalytic converters switched off, the trucks spew far more harmful pollutants.

“The fact that we are finding more manipulated systems than faulty ones is an alarm signal,” Greens MP Stephan Kühn said.

With time, “the parts needed for the cheating are becoming smaller and smaller and more sophisticated, and therefore more difficult to find” during spot checks, the government added.

The SZ reported that operators can save up to one-third of the costs of running a truck supposedly meeting the Euro 5 or 6 emissions standard by installing one of the boxes or modifying software — an even harder-to-detect option.

Devices or software changes can enable cheating in a number of ways.

Some fool the engine control software into thinking the catalytic converter is still working, preventing a warning to the driver or an automatic reduction in performance.

Others produce fake readings for the outside temperature, triggering a system that deactivates exhaust treatment at below -11 Celsius.

Clusters of similar rule-breaking have been identified elsewhere in Europe, especially in Spain.

Since Volkswagen admitted in 2015 to cheating emissions tests on 11 million vehicles worldwide, alarm has spread in Germany about levels of the gas in city air.

Federal, state and local governments are battling to prevent drivers of older diesel vehicles being banned from city centres as courts order a growing number of exclusion zones.