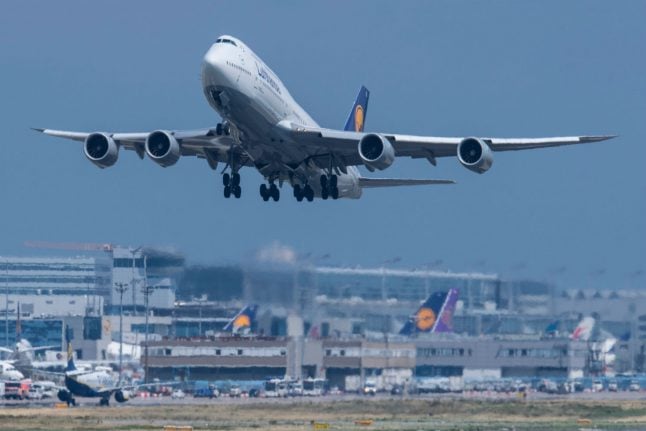 From March 31st, the total number of European destinations from the airport will climb to 154, and within Germany to 15, the airport – the country’s largest – has announced.

Intercontinental destinations will grow to 137, an increase of almost two percent, airport operator Fraport added in a statement. In total, travellers will be able to fly to 306 destinations in 98 countries.

The announcement comes amid recent insolvencies of several European airlines, including the popular budget airline Wow on Wednesday and Germania in February.

Holidaymakers who want to spend their vacation in Turkey have quite a few options to choose from: 11 airlines will now fly from Frankfurt to a total of 15 Destinations in Turkey, 15 percent more than before.

They include a new service to Bodrum (BJV) by Lufthansa, which is also adding two other European holiday destinations: Heraklion (HER) in Greece and Tivat (TIV) in Montenegro.

Lufthansa will also continue flying to the new destinations it launched last winter. Among them are Thessaloniki (SKG) in Greece, Trieste (TRS) in Italy, and Tromsø (TOS) in Norway.

The airline is also adding more frequent flights to Tirana (TIA) in Albania and Sofia (SOF) in Bulgaria, as well as Palma de Mallorca (PMI) and Pamplona (PNA) in Spain.

German leisure carrier TUIfly is strengthening its services from Frankfurt to Lamezia Terme (SUF) in Italy, Larnaca (LCA) in Cyprus, and Djerba-Zarzis (DJE) in Tunisia.

Ryanair will also add more services to Dublin (DUB), the Irish capital, bringing the total to 12 a week.

Starting in early May, United Airlines is launching daily services to Denver (DEN).

The Chicago-based airline will also add Austin (AUS), Texas as a new destination in North America.

Cathay Pacific is increasing the frequency on its Frankfurt-Hong Kong (HKG) route, bringing the total to three services a week.

Qatar Airways will offer more seats on one of its two daily flights to Doha (DOH), which will now be operated by an Airbus A380.

Condor will continue flying to Kuala Lumpur (KUL) in Malaysia while stepping up the frequency to Phoenix (PHX) in the U.S., Calgary (YYC) in Canada, and Mombasa (MBA) in Kenya. Air India will also maintain its Frankfurt-Mumbai (BOM) route.

Airline bankruptcies having a minimal effect

Recent airline bankruptcies are only having a small impact on the airport’s traffic, the airport stated.

Flybmi will no longer be serving Bristol (BRS) in the U.K. and Jönköping (JKG) and Karlstad (KSD) in Sweden, but that’s because the aircraft used on those routes had only limited passenger seating, said the airport.

To handle the increase of flights, Fraport says it has been hiring more staff and allocating more space for additional security checks during the summer season.

In January, security staff at the airport went on strike, leading to long cues and delays for thousands of passengers, in a push for higher wages.

It is uncertain if there will be more strikes occurring throughout the spring and summer months.

Nevertheless, passengers may still experience processing delays on peak days. They are therefore advised to check in online before leaving home, arrive at the airport at least two and a half hours before departure, and then head immediately for the security checkpoint.