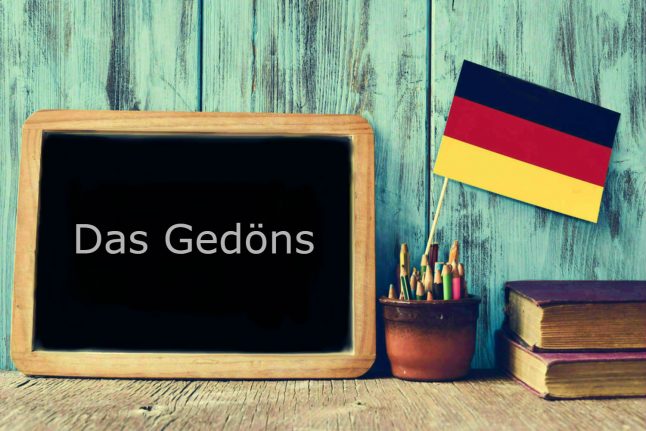 Gedöns basically means “stuff”, “fuss” or “sham” and is mostly used in a rather disapproving way.

For example, if someone is acting up, you can say “Mach nicht so ein Gedöns!” (“Don’t make a fuss about it!”).

Another time where it is used quite frequently is when listing stuff: “Wir haben Gemüse, Obst und anderes Gedöns gekauft” means “We bought vegetables, fruit and other stuff.”

As you might already see from those examples, Gedöns is a colloquial and even pejorative word.

Despite its use as a colloquialism, Gedöns is official and even has its own entry in the Duden since 1973.

It is said that the word got a larger popularity in 1998, when then-chancellor Gerhard Schröder was looking for a new minister for the Federal Ministry for Family Affairs, Senior Citizens, Women and Youth, which he just called “Familie und das andere Gedöns” (“family and the other stuff”). That notion was received as derogatory.

So if you want to use the word Gedöns, make sure you remember the context. I really need to clean all this stuff up.

Our basement holds all kinds of trash.

Don’t make such a fuss about it!