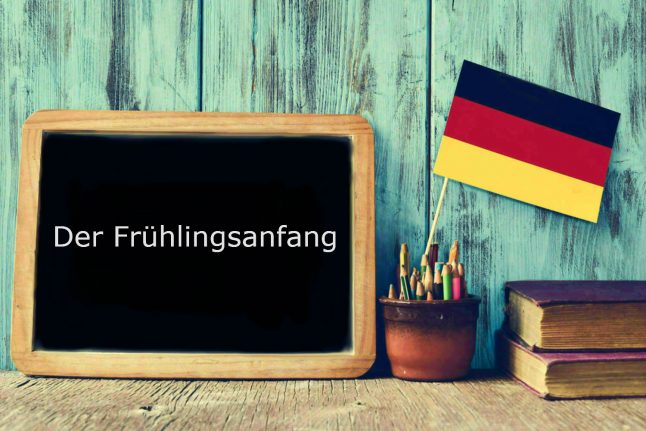 Der Frühlingsanfang is one of those longer German words that prove that you can basically combine an arbitrary number of words and create one long super word.

Translated, it means “The beginning of spring.” It consist of the words Frühling (“spring”) and Anfang (“beginning.”)

Frühling has been used since the 15th century. Before that, Frühling has been called Lenz (which comes from the old German word for March – Lenzing). It is created by combining the adjective früh with the ending –ling.

Früh comes from the Mid High German word vrüe(je) and the Old High German word fruoji, which both translates to “early.” –Ling is a so-called derivational morpheme, which is basically used to create a new word out of an old one. In this case, it makes the adjective früh become the noun Frühling.

Anfang or Beginn is one of the older German words as we know it, and has been used since the 9th century. It has its roots in the Old High German anafang and the Mid High German an(e)vanc, which both means “beginning.”

So if you need a break after this linguistic digression, how about a little walk to enjoy the Frühlingsanfang outside in all its new colours and scents? A photo of the official 'Frühlingsanfang' in Brandenburg on March 20th. Photo: DPA

My mood rises at the beginning of spring each year.

Beautiful flowers bloom at the beginning of spring.