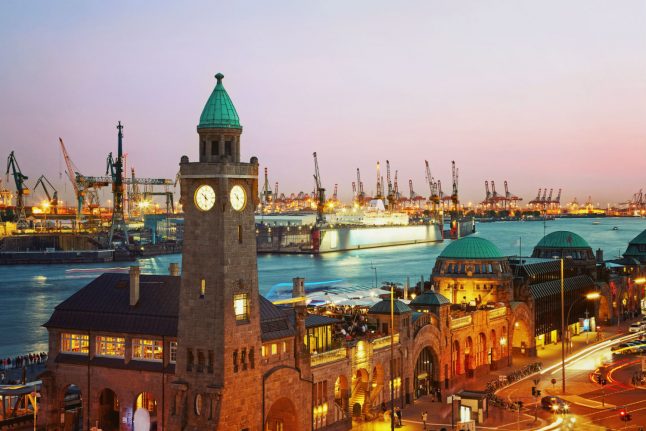 The best way to enjoy a city is to listen to the locals. We used our best resource — our readers — to tell us a little about their time in the Hafenstadt. Even if you already live there, we’ve got together the local highlights, as well as some things to avoid, in Hamburg.

From a rough port city famous for anchor tattoos, stag celebrations, and seedy nightlife to an economic powerhouse with upmarket bars and world-class restaurants, Hamburg is many things to many different people.

Germany’s second-largest city is also one of its richest. But it hasn’t forgotten its character, with plenty to do and see regardless of budget.

SEE ALSO: 13 things you can do for free in Hamburg in summer.

Hamburg is also a city of constant change. The city's red light district is centred around Herbertstraße, which since the 1970s has had a gate on each side of the street forbidding access for women and under-18s.

The gates were torn down earlier in 2019 by feminist action collective Femen, who claimed a “highly-symbolic” victory.

For any homesick Brits, the city's cultural and historical ties to the UK — cough, The Beatles, cough, cough — Hamburg is considered the most British city outside of Britain.

‘The Amsterdam of Germany’

Our readers highlighted Hamburg’s international character for making it one of the more open and cosmopolitan cities in Europe.

One of our readers, Abhishek, is an unabashed Hamburg fan and agreed with all of these sentiments.

“The best thing about Hamburg has to be the vibes that the city presents,” he said. “Hamburg can be called the Amsterdam of Germany.

“With complicated canal systems, and the river Elbe, Hamburg is a very beautiful cosmopolitan city in the northern part of Germany. The night life of Hamburg, and the areas around the Schanzenviertel are simply awesome.”

Another reader, Manazir, highlighted the Harbour City’s “diversity and tolerance for multiculturalism” as the “best thing about living in Hamburg”.

Plenty of residents highlighted the international and cosmopolitan feel of Hamburg – as well as the galleries, museums and of course the Hamburg Elbphilharmonie.

For many tourists — and probably a fair share of locals — Hamburg means Reeperbahn. The famous nightlife strip in the city’s St Pauli district — known as die sündigste Meile (the sinful mile) in German — is home to bars and nightclubs, strip clubs and brothels.

For a less seedy experience, our readers recommended the Sternschanze neighbourhood.

The Reeperbahn is also home to Beatles-Platz – a memorial which celebrates the Fab Four’s time in the city (there are five statues in the memorial, reflecting ‘Fifth Beatle’ Stuart Sutcliffe, who was a member of the band when they visited Hamburg). Although there’s a misconception that the Hamburger was invented in Hamburg,** the true local dish is a Fisch Brötchen (fish roll), which is best served at the Hamburg Fischmarkt every Sunday morning.

Not your usual fish market, the Hamburg version recalls a mini Oktoberfest complete with Schlager music, beer served from 4am and some of the loudest and most charismatic fishmongers you’ll ever meet.

A tip for making it through a complicated array of salty, smoked and still wriggling menu offerings? Be sure to “taste the fresh deep fried or shallow fried fish specialties” on offer early every Sunday morning.

Grey in appearance and in demeanour

Not all of our readers were as charmed by Hamburg’s cosmopolitan appeal.

Even as the birthplace of Chanel legend, the late Karl Lagerfeld, and the origin of the Nivea cosmetics brand, Hamburg’s reputation as a hard-edged port city is hard to shake.

One of the major complaints about Hamburg was, predictably, the weather. The coastal city is one of the wettest in Germany, with year-round rainfall than Germany’s southern and eastern regions.

Not only do these grey clouds cast a literal shadow over the city, but it also contributes to people’s moods. One reader, Peterson, who seems to be having a tough time of things in Hamburg, said Hamburgers were “rude, snobby and in love with a city that does not offer a lot”.

Another reader, James, criticized the city’s ‘Besserwisser’ know-it-all sensibility: “There is often a Besserwisser mentality. People will not hesitate to lecture you about how you “should be’ doing things”.

**On the topic of besserwisserisch things to say, this will allow you to compete with the best of them. While the origins are contested, the hamburger is believed to have been invented not on the banks of the Elbe, but in the United States. Immigrants from Hamburg served their Frikadeller style of minced meat or meatloaf between two slices of bread – and then the trend caught on.

The dos included taking a harbour cruise to remembering not to be too formal – Hamburgers prefer a du to a Sie – “greet people with a moin and a smile and they will really like it”, says Abhishek.

The don’ts however were far less Hamburg specific.

One reader reminded visitors and locals alike not to “go jumping in the Alster canal or the Elbe river”.

Another also provided some good advice to those walking down the city’s famous Herbertstraße: “Don’t take photos of prostitutes. It's forbidden and the women will react in an aggressive manner.”

Finally, a reader described the Hamburger Hauptbahnhof as a “pit of chaos” on the weekend, which makes it something to avoid while you’re trying to find the best way to avoid jumping in the Elbe or taking pictures of prostitutes.