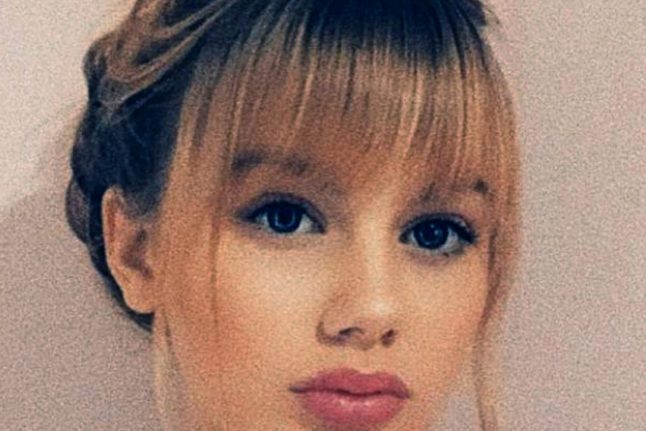 The search of the 50-square-kilometre forest in Rieplos, Brandenburg, began on March 7th and involved more than 20 homicide officers and several police dogs.

The search began after police received more than 1200 tip-offs from the general public about the area in response to an episode of ‘Aktenzeichen XY’ screened on ZDF which discussed details of the case.

According to the Berliner Morgenpost, the search was unsuccessful and would not be continued, although plaster casts of tyre tracks were taken as evidence.

Police have classified the case as a homicide investigation, with investigators suggesting that the chances of finding Rebecca alive are decreasing by the day.

Meanwhile, police have been publicly critical of the family for conducting matters through the press rather than talking to investigators.

As reported in the Berliner Morgenpost late on Wednesday, Rebecca's mother told Bunte magazine that Rebecca had a boyfriend – something which had previously not been known publicly.

Florian R. – only partially named due to German media naming conventions – remains the principal suspect in the case. The man is married to Rebecca's older sister.

Mobile phone data revealed that he was home alone with Reusch on the morning that she disappeared. A search of the man’s car revealed strands of the victim’s hair and fibres of a blanket which had been taken from the home and is also missing.

He was initially arrested at the end of February before being released for lack of evidence. He was again arrested on March 4th.

A licence plate detection system twice identified the car on a highway between Berlin and Frankfurt (Oder), once on the day of her disappearance and once the following day.

The man was the only person with access to the car at the time it was tracked on the highway.

As reported in the Tagespiegel, the suspect told police that he had driven to Poland on drug business and was worried he may be prosecuted.

The outlet reported that Reusch’s parents later told police they were aware of the drug business, but were similarly reluctant to tell the authorities.

The girl's father was initially reluctant to share details, leading to further speculation of the family's involvement. In the wake of the speculation, Reusch's father told RTL that he was unable to explain why Florian R was on the road – but that it had nothing to do with Rebecca's disappearance.

“(His detection on the highway) is related to another thing, but I can not say that, and I hope that this clears up now,” he said.

“Florian, just talk! Clarify the issue, so that the whole search goes in the other direction – and in the right direction. We have to find Becky. “ A social media portrait of Rebecca Reusch which has been widely circulated since her disappearance. Image: DPA.

Reusch was first reported missing by her parents on the afternoon of February 18th after failing to arrive at her school in Berlin’s Neukölln district.

Her mother had unsuccessfully tried to contact her several times early on the morning of the 18th, but was told by Florian R that Reusch had already left for school.

The case has captured the attention of Berlin and much of the country. The German tabloid press have continued to speculate on the details of the disappearance, while several unsubstantiated rumours have gained a foothold online.

Broadcaster ZDF screened an episode of 'Aktenzeichen XY: Rebecca' which brought the case to wider public attention. Reusch's parents have since been contacted by anonymous phone calls, blaming them for her disappearance and making threats.

In addition to their public critique of Rebecca's parents', police have criticised the tabloid media’s handling of the case, saying that details have been released which have the potential to hamper their investigations.

Time for a nationwide alert system?

The case has let to criticism of German authorities as unprepared and slow to act.

There have also been calls for the establishment of an emergency alarm system to be introduced in the instance of a missing persons report, similar to the United States’ Amber Alert system which distributes information immediately to radio and television stations, as well as through newer channels such as social media and messaging apps.

The system in place in the Netherlands allows authorities to contact 11 million of the country’s 17 million inhabitants within 15 minutes.