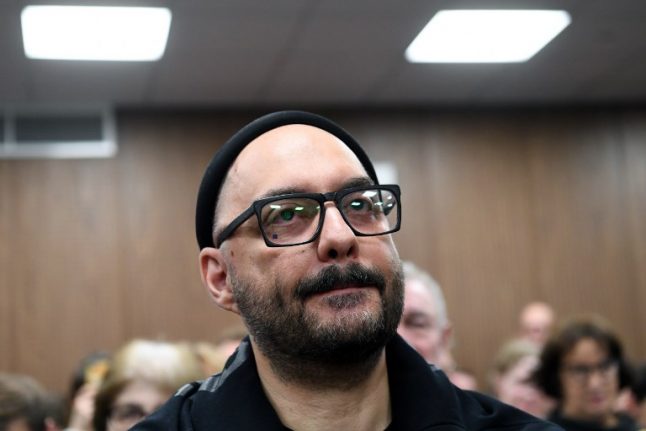 Russian director Kirill Serebrennikov waits for the start of a hearing at a court in Moscow on November 7, 2018.Photo: Kirill KUDRYAVTSEV / AFP
A modern take on Verdi's Nabucco, the work at the Hamburg Opera deals with the anti-immigrant populism that flared amid Europe's refugee crisis.
Serebrennikov, the enfant terrible of Russian theatre, cinema and ballet, has been shuttered in his apartment for two years, accused of embezzlement in what his followers consider politically motivated charges. But thanks to a dedicated lawyer and to Yevgeny Kulagin, a colleague and friend who became his co-director, he remotely directed the performance by sending instructions to the singers, costume and set designers.
To make the show possible, the team sent him daily video clips on USB data sticks of the rehearsals in Hamburg, which were delivered to his apartment. There, Serebrennikov would respond by filming his own comments and sending them back the same way.
The exchange was unconventional, admits Geraldine Chauvet, who plays Fenena, the rebellious and compassionate daughter of the dictator Nabucco in the contemporary staging.
“It's true that it's quite strange to find yourself at each rehearsal sitting in front of a computer screen watching a video with the director's notes,” she told AFP.  “But in the end everything worked out.” Evgeny Kulagin, a director and artistic collaborator on “Nabucco” seen this week at the State Opera in Hamburg. Photo: Patrik STOLLARZ / AFP
'Fighter for freedom'
The famed director, a prominent critic of Russian arts censorship, is on trial for allegedly embezzling some $2 million in public funds and faces a lengthy prison term if convicted. He denies the charges.
Serebrennikov's supporters believe his legal troubles were orchestrated because he has confronted sensitive political, societal and sexual themes that have run afoul of the orthodox conservatism dominant in Vladimir Putin's Russia.
His case has become a cause celebre in Western cultural circles, most recently at the 2018 Cannes Film Festival, where the artist was absent from the screening of his film “Leto”. It was during the filming of this movie, a homage to Soviet rock, that he was arrested.
“I really think of him as a fighter for artistic freedom, for the freedom to be a free artist, to be able to express his art, his thoughts,” said Kulagin, the director's chief partner in Hamburg. “It's not about confronting (Russian authorities), it's simply about the artist's need to continue working whatever the conditions.”
Nabucco is the third show which Serebrennikov has directed at a distance.
Kulagin however denies the label “dissident” for his friend, and he argues that the new version of Nabucco does not target the Kremlin in particular, nor Russian affairs. Instead, he says, the opera deals with the powerful forces behind current conflicts such as the Syrian war and those lashing out in Europe and the United States against its victims, the refugees.
Trump and Putin
“These walls they are building, these human beings who are in conflict zones and are forced to flee their homeland, this is our Nabucco,” Kulagin says.
There are obvious references to Donald Trump's “America First” motto and Putin's United Russia party. The Babylonian despot Nabucco is elected under the slogan “Assyria First” and his party is called “United Assyria”. Instead of the Hebrews in Verdi's work, it is the refugees who are persecuted.
“This is an allegory of the contemporary world,” says Georges Delnon, the artistic director of the Hamburg Opera, who initiated the project three weeks before the arrest of the director.
“Nabucco (…) hovers — feels, I would say — like a God. These are things that unfortunately we are experiencing in this world,” he said.
The performance shows the 2015 mass influx of refugees that sparked an upsurge of populist and Islamophobic anger in Europe.
On stage, two Syrians interpret traditional songs, breaking occasionally with the original opera. Images show lines of migrants, the anti-Islam Pegida street marches in Dresden, Germany, and inflammatory headlines such as “All Refugees Are Foreign Invaders”.
Serebrennikov also includes 35 refugees in the “slave choir,” the high point of the opera, to sing “Oh, my country, so beautiful and lost!”.
“But it's not about giving lessons, as Kirill says,” Kulagin told AFP. “We're just raising questions, we're not providing answers to contemporary problems.”
By AFP's Antoine Lambroschini 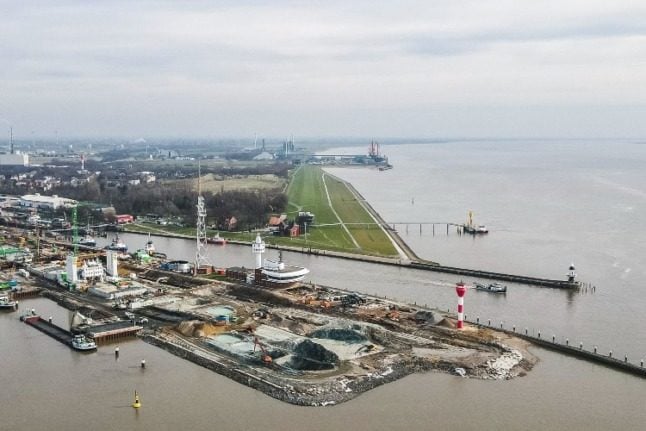