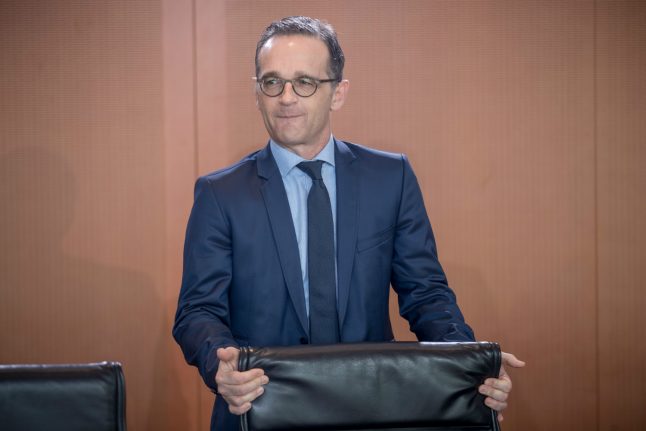 In October, Berlin froze sales of military equipment to countries involved in the Yemen conflict following the murder of Saudi journalist Jamal Khashoggi.

It has since faced protests by EU partners because the ban, originally imposed until March 9th, has impacted joint defence projects such as the Eurofighter and Tornado jets.

German Foreign Minister Heiko Maas said Wednesday that the export ban had been extended by three weeks until the end of March.

“We decided this with a view to developments in Yemen,” he said after a meeting of Chancellor Angela Merkel's cabinet. “We believe that the Yemen war must end as soon as possible.”

About 10,000 people are estimated to have been killed in the Yemen war since March 2015, though rights groups say the death toll is much higher.

Germany has a troubled relationship with foreign arms sales, a legacy of its dark past. Polls show that around two thirds of German citizens reject weapons exports.

Merkel's government has faced political pressure at home over weapons sales, which include Leopard tanks used by Turkey to fight Kurdish militias.

But it has also faced increasing protests from European partners including France and Britain over the issue.

French President Emmanuel Macron last year dismissed Germany's call for other countries to join in an export freeze to Saudi Arabia, saying it was “pure demagoguery to call for a halt”.

And British Foreign Secretary Jeremy Hunt last month voiced “deep concern” that Berlin's stance damaged Europe's defence industry and its “ability to meet its NATO commitments”, in a letter to Maas reported on by Spiegel Online.

Despite all the agonising, Germany is among the world's top arms exporters, a group led by the United States that also includes Russia, China, France and Britain.

Merkel's governments have approved tens of billions of euros worth of arms exports, including to nations outside EU and NATO that are accused of human rights abuses or are engaged in conflicts.