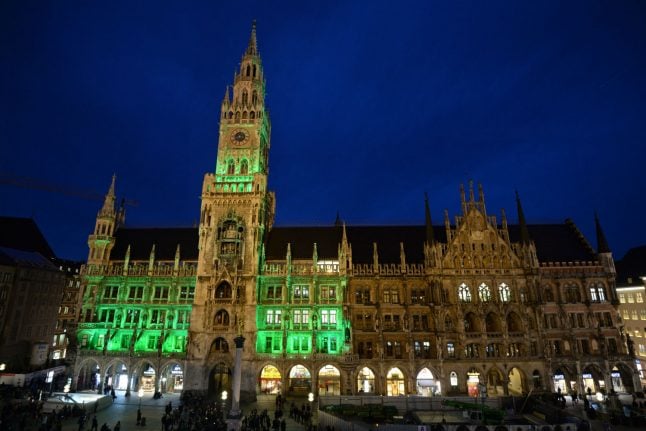 Throughout Germany in March, colourful carnival events – known regionally as Karneval, Fasching or Fasnet – will spill onto the streets, celebrations continuing on from February onwards and upwards in the lead-up to Lent.

Whether in big cities such as Cologne and Düsseldorf or in smaller towns with equally vibrant crowds, visitors will encounter locals equally devoted to tradition and celebration. Events include concerts and parades, while be sure to check ahead to fully plan your costume.

See our guide of where to find the best carnival events across the country, as well as a vocabulary guide if you’re clueless about those strange calls that everyone from the bus driver to baker throws around. The world’s largest travel trade show, ITB Berlin, will once again be back in Berlin, with booths devoted to travel options from many different countries all across the globe. ITB Berlin showcases the cultures and styles of a diverse range of locations, regardless if you’re looking for outdoor adventures, a gastronomic journey or a destination suitable for the whole family.

The lesser known Berlin Travel Festival will also take place in March, celebrating its second year in operation. The BTF runs from March 8th-10th, with information covering Brandenburg to Bolivia, and everywhere in between. The BTF also has a number of other travel-focused events and talks, including a range of inspirational speakers proclaiming the merits of solo travel, sustainability, female travel and much more.

In honour of Berlin’s first International Women’s Day being celebrated as a public holiday, there will be a limited number of free tickets for ladies on Friday, March 8th which can be pre-booked online.

To mark the holiday there will be a number of events in the capital, including the opening day of the Feminist Film Week and a special ‘Vernisage meets Live Music’ at the Galerie Kuchling. As a modern, cosmopolitan country, Germany takes part in all kinds of international celebrations – particularly if they involve alcohol. Sunday, 17th of March is St Patrick’s Day – and with events taking place across the country, there’s no excuse not to don something green and polish up your Irish accent.

In the capital, the St Patrick’s Day is literally going green. The St. Patrick’s Festival Berlin, starting on Saturday, March 16th, is contributing €1 of all ticket sales and 5% of sponsorship raised to fund a new permanent Binee collection point for electrical waste in Berlin. Hamburg will also be hosting a large weekend long celebration at its Thomas Reed Irish Pub&Club.

So whether you are celebrating a good cause or just trying to find out what’s really at the bottom of a pint of Guinness, there will be a St Patrick’s Day event near you.

Ever been to Munich for beer purposes and thought that the drop wasn’t strong enough? On March 15th, Munich’s Strong Beer Festival (Starkbierfest) kicks off with events that celebrate a stronger tipple than what’s on offer for the majority of the year.

Every year since the 15th century, Munich breweries have been crafting beer that’s stronger than eight percent. The winter has traditionally been the strong beer brewing season, with deep, malty and warming beers brewed to help Bavarians celebrate Lent.

Technically speaking, the ‘strength’ of the beer does not refer to alcohol content, but instead to the character, depth and texture of the beer. It just so happens that many of the beers are upwards of 10 percent alcohol by volume. Otherwise known as ‘liquid bread’, the beer was brewed to help monks make it through the Lent fast, with beer consumption an apparent loophole as bread was prohibited.

While spring is in sight, it’s still a tad too early to hit Munich’s famous beer gardens. Instead, enjoy a tasty and unique seasonal drop to celebrate the ending of the winter.

2019 marks 100 years since the architectural and design movement Bauhaus was founded in Weimar, Germany. The movement founded by Walter Gropius went on to influence art, architecture and culture across the globe. Gropius died in the United States in the 1960s but has gone on to become an almost mythical character in popular culture. The staircase at the Bauhaus University in Weimar. Photo: DPA

From Weimar to Dessau and Berlin, events across Germany will be held throughout 2019 to celebrate the 100th anniversary. In Weimar the anniversary will be celebrated by a special lantern walk on March 16th. Starting at the Theaterplatz, the walk will take participants across lit-up Bauhaus buildings across the city, celebrating the movement and understanding its influence.

Almost everyone in Germany has heard of the Frankfurt Book Fair, which is one of Europe’s largest literary celebrations. But the Leipziger Buchmesse is the second-biggest in Germany and is considered to be the go-to fair for non-commercial audiences around the country looking to get a taste of the best, newest and rarest literature available.

This year there will be a total of 3,600 exhibitions in 550 locations around Leipzig. They’ll include a large line-up of children’s literature, comics and foreign books in English and other languages.

Far from the vanilla titles of the airport bookstore, the Leipzig Book Fair showcases rarities you’ll never encounter with the algorithm-controlled recommendations of internet book shopping. Find your new favourite book from March 21st to 24th.