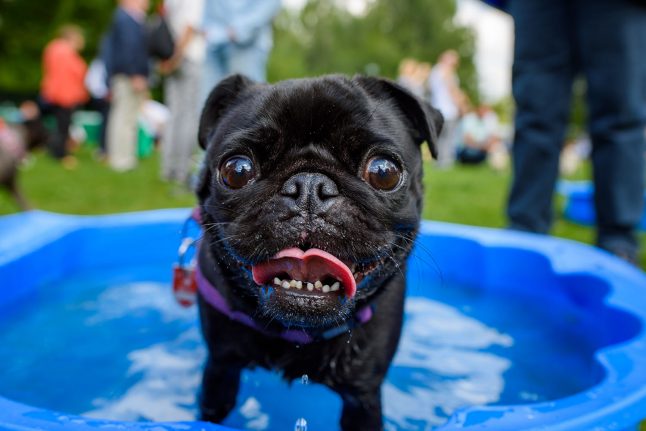 How much trouble can one pug cause? In the western German town of Ahlen, a failure to pay dog taxes has set off a bizarre chain of events – with a purebred pug named Edda at the centre of it all.

In December 2018, the Ahlen City Council advertised a purebred pug for sale. The pug – with the full name of Edda von Kappenberger See – had been confiscated from its previous family who owed debts to the city, including a failure to pay the mandated dog tax.

As reported by The Local in 2017, all dogs in Germany are liable for 'dog tax' (Hundesteuer), although the obligation for payment usually falls on their owners.

The dog was bought by Michaela Jordan, a police officer from the region.

Jordan was originally suspicious of the ad due to the low price. Purebred pugs usually retail for around €1,500 to 2,000, but Edda’s asking price was only €750.

The description in the classified ad promised that Edda had a clean bill of health, saying the dog was “vaccinated and chipped” before going on to say “after consultation with the veterinarian, Edda is healthy!”

As the owner later found out, Edda was ‘anything but’. Since buying Edda in December, the dog has needed four operations – including a procedure on an infected eye and another which required emergency transportation more than 100 kilometres away to Duisburg.

She is suing for the costs of the medical expenses, as well as the initial purchase price. A pug much like Edda von Kappenberger See Image: DPA

Confiscated in lieu of debt owed to the city

For the Ahlen City Council, the stress doesn’t end there. The original owners of the dog said it was confiscated and sold without their consent while they tried to find a way to repay the debt.

The family told a local newspaper that the family’s three children – aged five, seven and nine – “miss Edda very much” – while the father has been wheelchair bound since a work accident.

The family told Die Glocke that the city had tried to seize the wheelchair, but as it did not belong to the father, they had instead opted to seize Edda.

The mother told German broadcaster Sat.1 that she had mental health problems and the dog had been a comfort animal for her during difficult times.

While the city accepts that confiscation and sale of dogs is unusual, the dog’s high value puts it in a special category. Where a dog is worth more than €250, it may potentially be seized by City Council debt collectors.

Although most European countries got rid of the dog tax decades ago, Germany continues to require it – mainly because it's good business. In 2017 the dog tax brought in €11 million in Berlin alone.