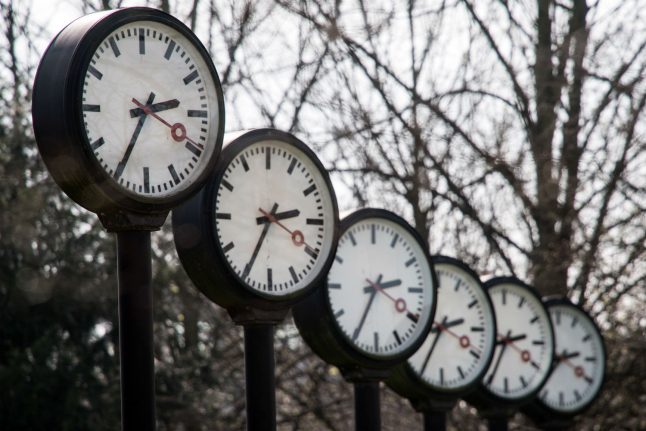 March 1st is an important date for mothers with children born before 1992. They will be allotted half of a pension point more per child, namely 2.5 instead of the previous two points.

The increase in the maternal pension is part of the federal government's pension package worth billions – and also the most expensive. It will cost the government €3.8 billion per year.

SEE ALSO: 5 Things to know about retirement in Germany

If you have a growing urge to bring your gardening scissors to that imposing hedge in your yard, we have some bad news. Between March 1st and September 30th, all hedge cutting is forbidden, according to the Federal Nature Conservation Act.

During this period no large cuts are allowed on “hedges, living fences, bushes and other woody plants,” stipulates the law. Rather, only “gentle pruning” is permitted, with larger work only allowed starting at the beginning of October. The aim of the law is to protect the animals and birds that tend to call these green spaces home in the spring and summer.

Berliner residents (and commuters): whether you’re a fervent feminist planning on taking a picket to the streets or simply looking forward to taking it easy on Berlin’s newest public holiday, mark Friday, March 8th in your calendar. For the first time, the German capital will be celebrating International Women’s Day, not just in spirit, but as an actual Feiertag. Berlin’s now 10 official holidays might still pale in comparison to Bavaria’s 13, but the ever-groundbreaking state can celebrate being the first of the Bundesländer to create a special holiday for the day, which has now existed for over 100 years in Germany.

Unskilled workers will also receive more money starting from March 1st: €11.75 instead of €12.20. Planning of hitting the open road on your moped amid the unseasonably nice weather? Make sure to check that your insurance is up to date. The insurance season for mopeds starts every year on March 1st.

Since the license plate for mopeds is only valid for one year and the expiration date is at the end of February, a new number plate will be required from March 1st, 2019. This also applies to segways, quads, minicars, s-pedelecs and e-bikes.

It’s time for a change

On March 31st, Germans will be trading a bit more light for a little less sleep. On the precious Sunday sleeping (or perhaps partying) hour of 2 a.m., clocks will be set forward to 3 a.m.

If you’re not a fan of daylight savings time, there’s still a fierce debate about whether to abolish the system all together – but it doesn’t look like it will be implemented until 2021 at the earliest.

SEE ALSO: Will next Sunday's switch to wintertime be the last?

If you’re British in Germany (or have avoided living in a cave over the past couple months), it’s a date which is hard to ignore. On March 29th, the United Kingdom will leave the European Union – at least these are the plans for Brexit.

Whether this withdrawal will be regulated or unregulated, whether there will be new deadlines, or even whether Brexit will be postponed completely, however, remains open.

One thing is clear, though: if Brexit really does come at the end of March, it will most likely be the biggest and most serious change of the year, at least at the European level.