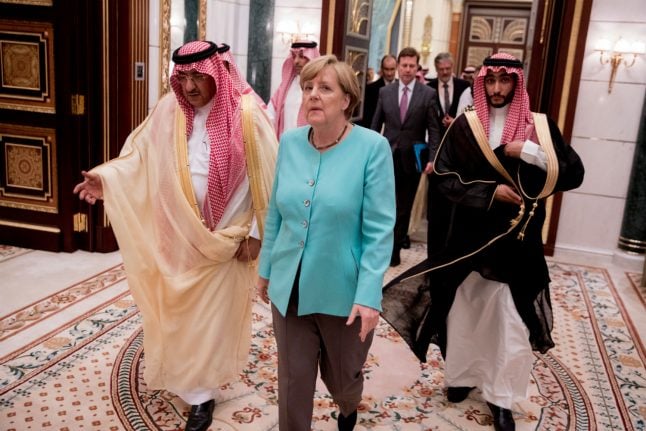 Merkel paid a visit to Saudi Arabia in 2017, and is greeted by then-prince Mohammed bin Naif. Photo: DPA

“The stance of the government is that we won't deliver weapons to Saudi Arabia at the moment,” Foreign Minister Heiko Maas said after talks with his British counterpart about the decision taken in October over the murder of dissident journalist Jamal Khashoggi.

Any future decision would be “dependant on developments in the Yemen conflict and whether what was agreed in the Stockholm peace talks are implemented,” added Maas referring to the Saudi-led war against Iran-backed rebels.

Earlier Wednesday, British Foreign Secretary Jeremy Hunt said he would raise the issue with Maas, after Spiegel Online reported that the British minister had written to his German counterpart to complain about the arms embargo.

Their differences were laid bare at a news conference following the talks.

“In reality, because the UK has a strategic relationship with Saudi Arabia, we'd been able to play a very important part in making the Stockholm talks happen,” said Hunt.

“And we don't believe that changing our commercial relationship with Saudi Arabia will help that, in fact we worry that it would do the opposite — it would reduce our influence on that process.”

In London, Britain's foreign ministry confirmed a letter from Hunt to Maas but did not give details because it was “private”.

Citing the letter, Spiegel reported that London had urged Berlin to exempt major European defence projects like Eurofighter or Tornados jets from the weapons embargo.

Both the Eurofighter and Tornado jets contain German components. An export ban has therefore had a domino effect on other European companies involved in building the aircraft.

Hunt had warned in his letter that Riyadh is already seeking compensation from Britain's BAE Systems over the German ban, Spiegel said.

Germany's decision to freeze arms exports has also met with opposition from other European powers, including France, where President Emmanuel Macron had labelled it “pure demagoguery”.

SEE ALSO: No German arms to Saudi until Khashoggi case is clarified: Merkel 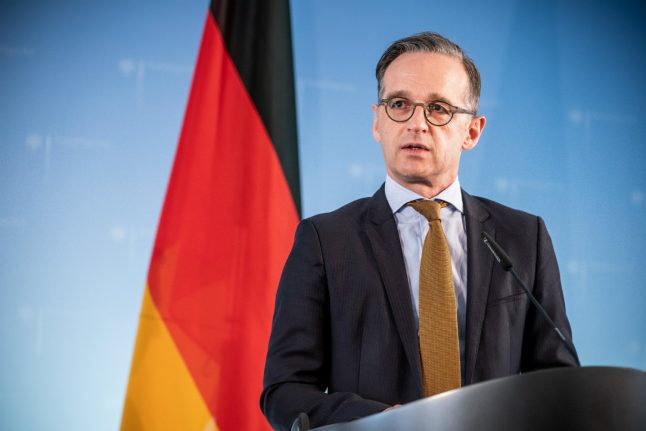 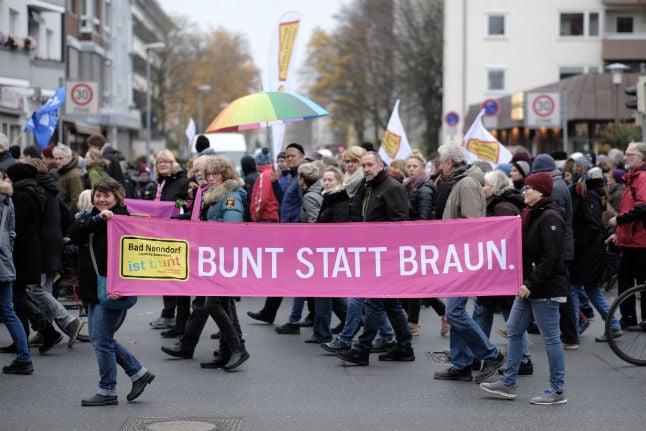