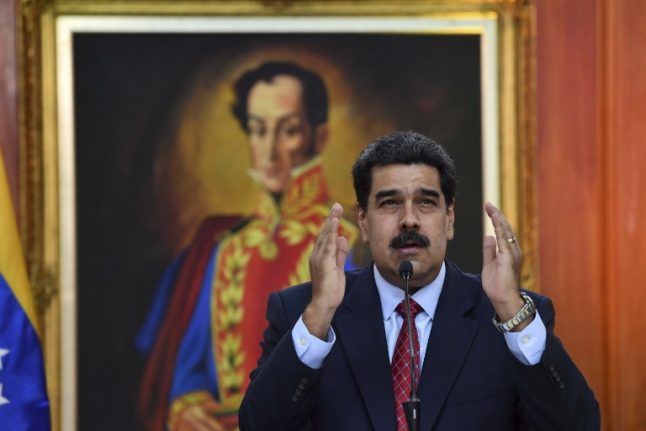 Venezuelan President Nicolas Maduro during a press conference in Caracas on Friday. Photo: YURI CORTEZ / AFP
The ultimatum comes as international pressure mounts on the Maduro regime to agree to a new vote, with the United States, Canada and major South American players already recognising Guaido, who proclaimed himself acting president of Venezuela during massive street rallies this week.
After four years of economic pain that has left Venezuelans short of food and medicine and driven more than two million to flee, Guaido is trying to oust Maduro following controversial elections that saw the socialist leader sworn in for a second term.
“If within eight days there are no fair, free and transparent elections called in Venezuela, Spain will recognise Juan Guaido as Venezuelan president” so that he himself can call such polls, Prime Minister Pedro Sanchez said in a televised announcement.
French President Emmanuel Macron followed suit in a tweet, saying “the Venezuelan people must be able to freely decide on their future,” as did German government spokeswoman Martina Fietz.
The coordinated announcements are the most explicit yet from EU countries as the 28-member bloc struggles to draft a joint statement with regards to its position on the crisis in Venezuela.
'Not looking to impose'
Spain had wanted the EU to take a tough line on Maduro by calling for immediate elections, failing which the bloc as a whole would recognise Guaido, the 35-year-old head of Venezuela's National Assembly. But countries like Austria, Greece and Portugal are much more reluctant. In fact Greece's ruling party Syriza has publicly backed Maduro, with party secretary Panos Skourletis voicing “full support and solidarity” to what to he called “the legal president.”
US President Donald Trump's administration has spearheaded the international pressure on Maduro, who accuses Washington of being behind an attempted “coup,” by declaring his regime “illegitimate.”
On Saturday at a UN Security Council meeting, US Secretary of State Mike Pompeo will urge members to recognise Guaido as interim president, the State Department said.
Washington's support for Guaido led Maduro to close the US embassy and consulates and break diplomatic ties. US diplomats in Venezuela have until Saturday to leave the country, but Washington has refused to fully comply fully with the exit order. Guaido is instead urging the US diplomats to stay and keep the embassy's doors open.
Maduro's reelection last year was contested by the opposition and criticised internationally — but he has until now retained the loyalty of the powerful military.
Spain is closely linked to Venezuela, a former colony, as some 200,000 of its nationals live there. Sanchez insisted Saturday that Spain is “not looking to impose or remove governments in Venezuela, we want democracy and free elections in Venezuela.” 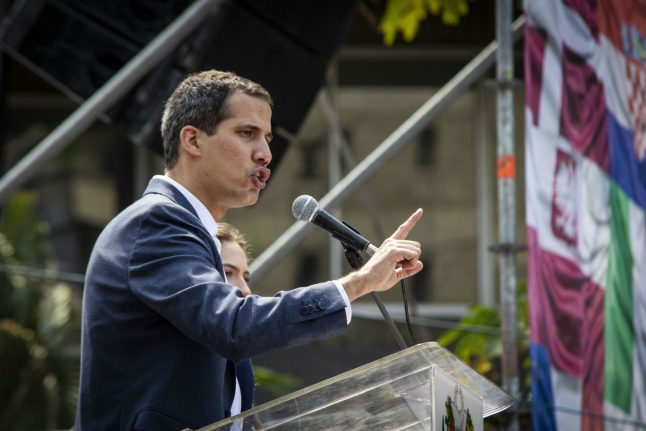 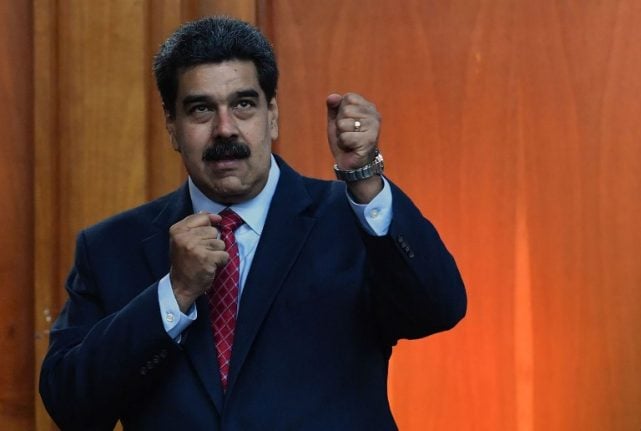