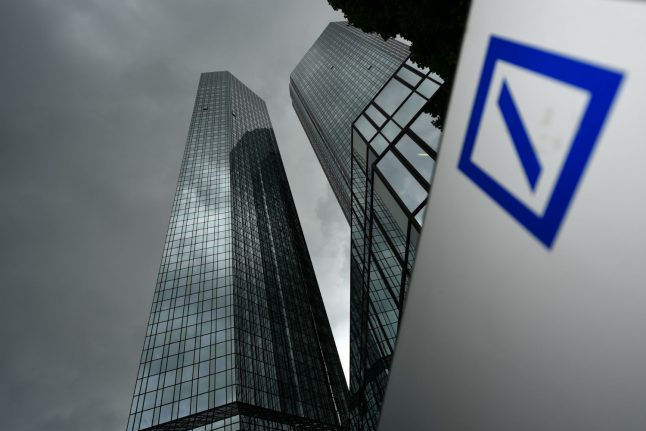 “The Bank has received an inquiry from the House Financial Services and
Intelligence Committees,” a Deutsche Bank spokesperson told AFP.

Deutsche Bank was one of the only large western banks to continue to lend
to Trump following bankruptcies of his casinos and other businesses in the
1990s. The German bank in recent years has loaned Trump about $300 million.

“The House Financial Services and Intelligence Committees are engaged in
productive discussions with Deutsche Bank, and look forward to continued
cooperation,” Schiff and Waters said in a joint statement.

The bank spokesperson declined to elaborate on the nature of the questions
nor clarify if the committees had issued a subpoena, which can lead to
sanctions if the recipient subject refuses to cooperate.

“Deutsche Bank is engaged in a productive dialogue with those Committees to
determine the best and most appropriate way of assisting them in their official oversight functions,” the spokesperson said. “We remain committed to
providing appropriate information to all authorized investigations.”

A person familiar with the matter said the lawmakers are seeking
information on whether Deutsche Bank provided loans on favorable terms to the Trump organization, which now is led by the president's sons, Eric and Donald Trump Jr.

The lawmakers also are seeking details on who was involved in a money laundering case in Russia that resulted in a $630 million US fine against the
bank in January 2017, the source added.

Democratic lawmakers in May 2017 requested information from Deutsche Bank over its dealings with the Trump family, but the German bank said at the time that it would not cooperate because the information was private.

Growing scrutiny over Deutsche Bank's relationship with Trump adds to the
list of concerns facing the bank.

In November, German prosecutors raided several Deutsche Bank offices in the Frankfurt area over suspicions of money laundering based on revelations from the 2016 “Panama Papers” data leak.

In November, Deutsche Bank confirmed that it also received inquiries from
German regulators over Danske.

Deutsche Bank has said it had a “limited role” in relation to Danske, which has been charged in its home country over a massive money-laundering scandal.