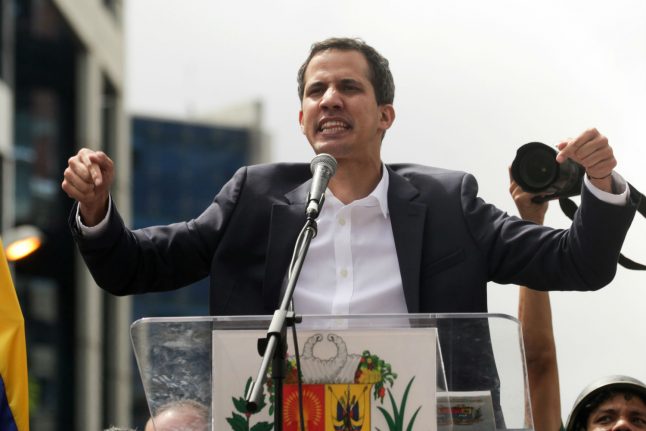 German Foreign Minister Heiko Maas said on Thursday that Berlin is “not
neutral, we stand on Guaido's side because we have big problems with recognising” the reelection of Nicolas Maduro.

“It is publicly known that there were so many election law violations that
one can only speak of a limited democratic vote.” Germany, among the other EU countries, is leaning towards the young Guaido as president. Graph: DPA

Venezuela, an oil-rich but economically devastated country, was plunged
into uncertainty this week when Guaido, the 35-year-old head of the National Assembly, proclaimed himself “acting president”.

Maduro's reelection last year was disputed by the opposition, and criticized internationally — but the socialist leader has until now retained
the loyalty of the powerful military.