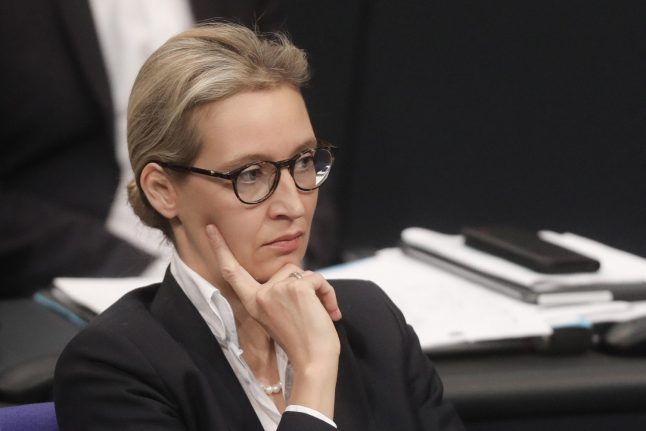 The far-right Alternative for Germany party’s campaign finance scandal has deepened, with the party providing a list of names which they say were responsible for the series of donations totalling €130,000 made before the 2017 federal election.

The AfD repaid the donations but failed to report them to the requisite authorities.

The list contained 14 purported benefactors, most of which were German. Under German law donations to political parties from non-EU sources are forbidden, while donations from other EU countries are restricted. Switzerland is not a member of the EU.

The party said that the 14 benefactors, not the Swiss pharmaceutical company which was originally suspected to have made the transfers, were behind the donations.

The party has been embroiled in several campaign finance scandals in recent months, including another €150,000 donation from an unknown Dutch political organization called the 'European Identity Foundation'.

The donations subject to this investigation were made via several transfers to the AfD’s Lake Constance branch.

Party leader Alice Weidel is officially under investigation in relation to the donations.

The transfers were made with the subject line “campaign donation Alice Weidel”. A former investment banker, Weidel divides her time between Lake Constance and Switzerland.

The AfD refused to comment on the ongoing investigation, but said in their 2018 annual report that the donations were made from individuals who were “to the best of [the AfD’s] knowledge, German nationals or EU nationals”.

However, as reported by the dpa, the board of directors of the Swiss pharmaceutical company who have been traced back to the donations, already indicated that the money had been transferred by the company “in trust for a business friend”.

If the Bundestag is unsatisfied with the AfD’s explanation for the repayment of the funds, the party will owe three times the amount received as a fine.

Weidel said that while the party did not realize until later that the donations had been made contrary to German law, the amounts were promptly repaid. This then led to the mistaken belief that the donations did not need to be reported.

“Yes, we made mistakes,” Weidel said. “We recognized it, responded and paid it back”.