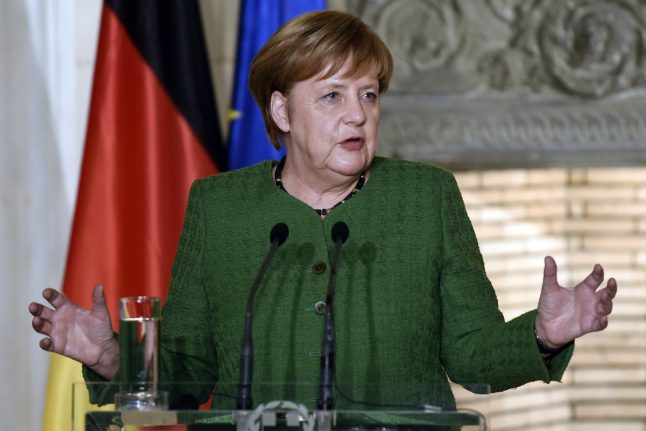 “That is why it's a lesson for us to do everything to have good relations with Greece, and to lend each other support for the prosperity of both countries.”

Tensions linger over wartime reparations for the World War II Nazi occupation of Greece, with Berlin arguing the issue was settled in 1960 in a deal with several European governments.

In talks with Prime Minister Alexis Tsipras after her arrival on Thursday, Merkel lauded the sacrifices Greeks made during the country's economic crisis of 2010-2014.

During her first visit to Greece in 2014, Merkel faced major protests and sought to ease tensions with Athens where Berlin was often blamed for biting austerity and bailouts.

Also in 2014, ex-president Joachim Gauck sought public forgiveness in the name of Germany from relatives of those murdered by the Nazis in the mountains of northern Greece.

She is expected to show support for a name change for Greece's neighbour Macedonia, which is still a divisive issue in Greece.