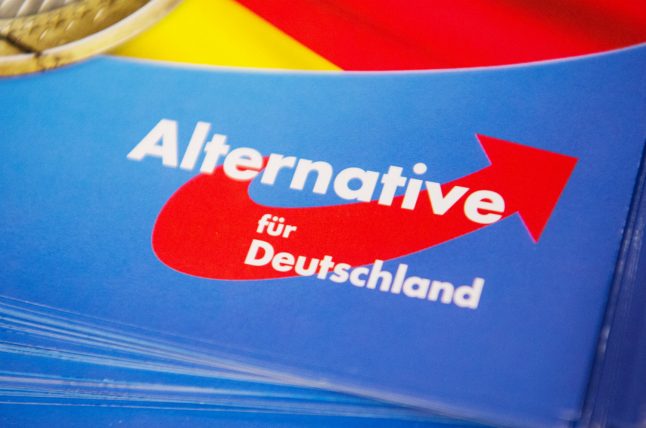 Members of the anti-immigration party are holding a four-day congress to firm up a manifesto for the May 23rd elections, when populists and nationalist groups are expected to make gains across Europe.

If the party's rank-and-file decides to adopt the “Dexit” plan, Alternative for Germany (AfD) would open another front in its battle against mainstream political classes in Germany as it smashes yet another taboo, after having already openly questioned the country's atonement culture over World War II.

A move to become Germany's Dexit party would also bring it back to its roots – the AfD was founded in 2013 on an anti-euro platform, although it has since shifted focus to champion an anti-immigration ideology.

But such a move could yet prove risky in a country that is still largely pro-European, and the AfD itself too is split on the radical proposal to put 2024 as a date to potentially yank Germany out of the EU.

According to the party's 58-page campaign strategy for debate at the congress, the AfD will argue that the EU was “developing into an undemocratic structure”.

If reforms were not carried out to fix the problems in the next five years, “then an exit of Germany or an orderly dissolution of the European Union and the formation of a new European economic community would be necessary”.

Among the reforms the AfD wants to see is a European parliament that is cut down from its current more than 700 deputies to a maximum of 100 representatives.

But the proposals face opposition even from leading members of the AfD, including its main candidate for the European polls, Jörg Meuthen.

“If we're pragmatic, we should assume that we won't be able to implement all our European political demands within five years,” he told Welt daily.

“If we say that Dexit is 'necessary', then we'd essentially be binding ourselves to heading towards an EU-exit. I find that wrong,” he said, adding he would find it hard to sell the idea to voters.

Historian and political analyst Klaus-Peter Sick believes the AfD could be simply testing the waters with the Dexit proposal.

“The AfD is testing even within its own party to see where its own positions are, but also where its electorate is prepared to go. Because for the AfD, the European elections are not that important, what it is focusing on are really the regional and general elections.”

The AfD became Germany's biggest opposition party after winning 13 percent of the vote in 2017 elections, capitalizing on anger against Chancellor Angela Merkel's decision to open the door to refugees in 2015.

It has now set its sights on European elections ahead of three key state polls in eastern Germany where it could well top the charts.

With appetite growing for populist policies from Italy and Poland, the vote in May could see nationalist and far-right parties across Europe upend the bloc's balance of power, now dominated by the centre-right.

Yet post-war and reunified Germany remains largely pro-European, with a survey in November showing 67 percent of Germans voicing optimism about the future of the EU, six percentage points above the average.

And Merkel's decision to step down in 2021 has deprived the AfD of its bogeyman, leaving it stagnating in the polls at around 15 percent.

At the same time, the AfD itself remains deeply divided between a radical right that is at times close to the neo-Nazi movement, and a more moderate strand.

Underlining the tensions, a key member of the radical faction, Andre Poggenburg, quit the group on Friday to start his own party, saying he could not defend a “patriotic line” adequately if he remained in the AfD.

By Claudia Haas with Hui Min Neo in Berlin