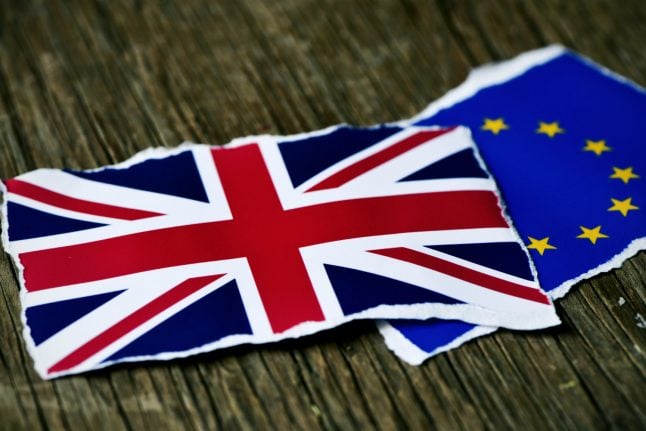 Last month the Berlin government announced that due to the UK’s decision to leave the EU at midnight on March 29th this year, British citizens will “in future require a residency title or some other proof of their right of residency” in order to live in Germany.

British residents in Berlin are therefore being asked to submit their details in an online form, which authorities released on Thursday, to confirm their status as a resident in Germany.

The move has been described as “contentious” by the British in Germany (BiG) campaign group, which says it’s important to remember that Brits still have EU citizens’ rights until the leaving date. The group added, however, that it is supportive of the fact that authorities in Germany are “acting on and making public plans for both a deal and no-deal Brexit outcome”.

In the notice, the authorities in the capital said the conditions of the UK’s departure still remain unclear.

However, they said in the event of a “disorderly Brexit” – a no-deal – that British citizens should apply for a residency title by June 30th, three months after Brexit.

They added that “until a decision has been taken” on the application, the applicant “will be allowed to continue to reside in Germany” and to work.

If a deal is struck, Brits will still be required in the future to “prove your right to residency”. But Daniel Tetlow, who co-founded campaign group BiG with Jane Golding, added that there was no suggestion any UK citizen would be asked to leave the country.

After filling out the form applicants receive a confirmation which they can save. This document “serves as proof of your registration and of your lawful residency in Germany,” the notice said. The certificate will confirm that the applicant was resident in Berlin before March 2019.

From April onward, the immigration office (Ausländerbehörde) plans to contact everyone who’s registered online and invite them for an official appointment.

“Provided you are entitled to exercise your right to freedom of movement in Berlin, you shall continue to have the right to reside in the territory of Germany until the Berlin Foreigners' Registration Office has taken a decision on your application,” the notice said.

SEE ALSO: Brexit planning: What you need to know about Germany's plans for a no-deal

What does the form contain and do I have to fill it in?

The form asks for details such as your date of birth, address, email and if you live with family members in Berlin.

It also asks questions such as: what are you doing in Berlin? And: have you been living in Germany for at least five years?

Tetlow said Brits are under no obligation to fill in the form now and that it was voluntary.

He told The Local: “It’s an important distinction, [but] Brits are not being forced to do the application before March 29th, 2019, they are being asked to do it by the Berlin immigration office.

“BiG as an organization has its issues with this decision because we remain European Union citizens at the moment until March 29th. It’s only advising us to register, but as EU citizens there is no legal necessity for us to register.”

Tetlow said it was a “concern for many members” that a single German federal state was going ahead with this process without the joint coordination of other states. This was in effect “leaving many Brits in the dark” about their future status here in Germany.

However he said BiG could understand that Berlin was trying to get on top of the huge administrative job required in the decision to re-register UK citizens in Germany. He said the group was currently contacting other regions to ask what their plans are.

Berlin's decision to get a head start on this process could be because the capital has many British residents.  Figures from the Statistisches Bundesamt showed in December 2017 that there were 26,840 Britons in Berlin but there could be more.

The official wording of the Brexit questionnaire may appear daunting to some.

However, Tetlow said it’s important to remember that authorities have said clearly that no Brits will be asked to leave Germany as a result of Brexit.

SEE ALSO: How Brexit is fuelling stress and anxiety for vulnerable Brits in Europe A remain campaigner in London in November. Photo: DPA

What does it all mean then?

No other states have taken these steps yet but it’s a sign, although nothing has been absolutely confirmed, that Germany is opting for an application or constitutive system which means all Brits will likely have to re-register in future  – on top of the ‘Anmeldung’ registration that everyone has to do when they decide to live in Germany.

Tetlow said: “We would expect all the federal states to probably follow suit but we haven't had that confirmation.”

All EU nations are deciding how they will deal with this at the moment.

The option that campaign group British in Germany had wanted for Brits was a declaratory system which would mean Brits would not have to re-register – their first registration would be enough.

Tetlow said: “We were campaigning for a declaratory system because we wanted to give Brits in Germany the assurance that, as promised by Theresa May and Michel Barnier, lives of UK citizens in the EU could continue as they did before. This is clearly no longer the case and that our members in Germany and across the EU feel let down by both sides.”

“Obviously this (re-registering system) puts another question or insecurity into people’s minds on what their future status will be.”

Despite this, Tetlow said the campaign group is working closely with the local government in Berlin, other states and at a federal level.

He said: “We really appreciate the reassurances that the German state have given us so far and yet there's a lot of outstanding detail in regards to our future status.

“We will be continuing to negotiate with the Berlin and German authorities. However it has been reassuring to be told that the Berlin state considers Brits in Berlin as Berliners.”

Understandably there’s been some concern from British people living in Germany, with many people seeking further assurances.

Tetlow said: “We’ve had hundreds of new people coming to us asking about this issue and joining our Facebook group.

“People are concerned about the extra collecting of information required and what the pending nature of their application for future months means.”

Tetlow added BiG would continue to fight to represent citizens' rights and encouraged people to become part of their group to support their work.

We have to wait and see how the negotiations continue between the UK and EU countries and keep an eye on Brexit developments within the German states and federal government.

Meanwhile, the fight for people's rights is continuing. Jane Golding, co-founder of BiG and co-chair of British in Europe, are speaking at a public hearing of the Bundestag Europe committee on January 14th. They'll be raising issues, comments and concerns reported to them by residents.

In the meantime BiG will be holding information evenings in including various locations throughout Germany, including Dresden on January 11th, Munich on January 14th and Hamburg on January 22nd.

What do you think? Let us know.

This copy was changed to include an updated figure on the number of British people living in Berlin.