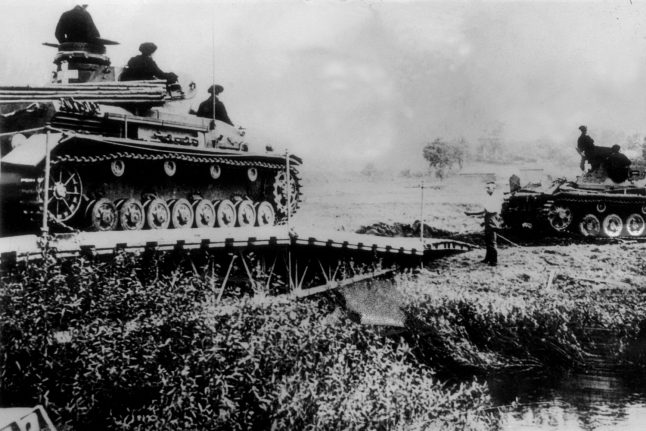 The Krakow court case regarding the three-part television series “Our Mothers, Our Fathers” was initiated by Zbigniew Radlowski, a veteran of the war-time Armia Krajowa, Poland's National Army directed by the government in exile in London.

The 94-year-old former concentration camp inmate and freedom fighter had saved Jews during the Holocaust, yet in the series the AK soldiers are portrayed as vehement anti-Semites — which provoked a wave of protests in Poland.

“As the film represents the AK soldiers in an incorrect way that is not in accordance with the truth, it directly impacts his [Radlowski's]… honour and dignity,” Judge Kamil Grzesik said, according to footage aired on Polish state television.

The court ordered ZDF and the production company UFA Fiction to pay Radlowski 5,000 euros in damages and to broadcast an apology on both German and Polish state television.

ZDF told AFP it would appeal the decision and “regrets that the Krakow court did not devote enough attention to artistic freedom”.

The broadcaster recalled that it had already reacted in 2013 to criticism of certain scenes and explained that “the portrayal of the Polish characters in no way constituted a minimisation of historical fact nor of Germany's responsibility”.

The series tells the story of five young Germans between 1941 and 1945.

One of the heroes, Viktor, is a Jew who manages to escape while being taken to the Auschwitz-Birkenau death camp, which Nazi Germany built in occupied Poland.

He goes on to join the AK resistance, which numbered around 400,000 people.