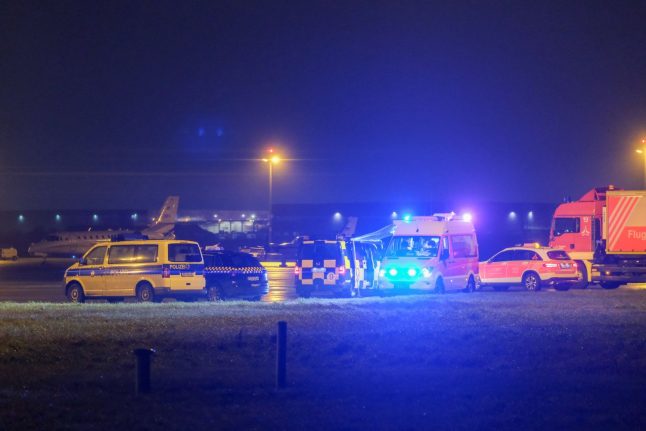 Vehicles of the emergency services at the airport in Hanover on December 29, 2018. Photo: Clemens Heidrich / dpa / AFP.

“A security incident occurred at Hanover airport around 15h40. A man broke through a barrier in a car which went onto the runway,” Hanover police said on Twitter.

The man, whose car was registered in Poland, was quickly arrested and is being questioned.

Check-in for some flights remained suspended as of 1830 GMT while police investigated.

Part of terminal A was closed but the two other terminals were open, police told German news agency DPA.

Incoming flights were being diverted to other airports.