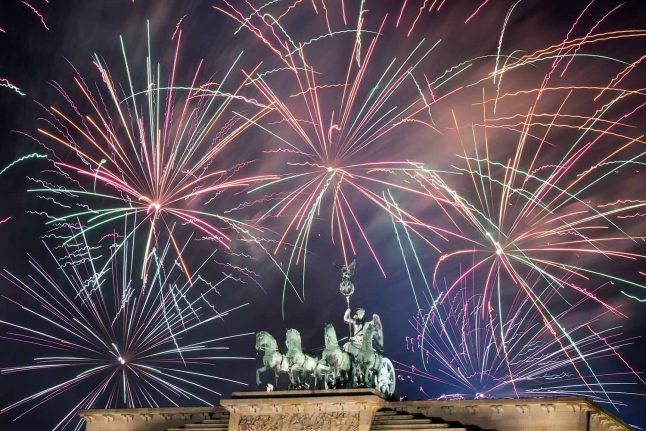 New Years Eve is just a couple of days away. While you might still be compiling your new years resolutions to become a better person in 2019 – and lose some of those Christmas kilos – here are some things that are actually going to change in 2019.

SEE ALSO: What you need to know about new year fireworks in Germany.

Some of the changes will come into force immediately, such as the extension of the 'pfand' bottle deposit scheme. Others are set to be gradually phased in, for instance the introduction of new 100 and 200 euro notes and the phasing out of the I-Tan bank transfer system.

On January 1, the ‘Packaging Act’ will come into force. The Act was passed to encourage recycling as well as cut down on plastic waste.

One central component of the new laws is the extension of the bottle deposit scheme to juice and milk products. Currently the deposit scheme mainly applies to soft drink, water and beer bottles, which have a deposit value of anywhere from 8 to 25 cents.

Containers for juice and milk products will have a deposit value of 25 cents, while some energy drinks will also require a deposit.

The new laws also require retailers to display information about whether drink containers use disposable or recyclable packaging.

As with the previously issued new notes, the designs are brighter and more colourful than before. They’re also smaller in size, meaning they’ll fit more easily into your wallet.

While it is set to increase further in 2020 to €9.35, unions have suggested that the rate is still too low for many to live off. They've launched a campaign calling for the rate to be raised to €12.

It’s been threatened for a while, but bans on driving certain diesel cars through sections of several major German cities are set to come into place in 2019. Berlin, Bonn, Essen, Cologne, Stuttgart and Mainz are some of the cities to be affected.

Some of the bans are being challenged in court, while the German government’s buyback and retrofitting scheme that seeks to make life a little easier for diesel drivers has been plagued with uncertainty. Environmentalists have criticised the German government’s efforts, suggesting that it undermines attempts to cut harmful diesel pollution across the country.

A notable curiosity to many foreigners in Germany, the paper I-Tan lists for bank transfers are to be phased out in September.

The lists – which are usually provided when opening a new account and contain a list of numbers to be inputted when making a bank transfer – do not comply with European law.

The costs of calling other EU countries are set to decrease in the new year. According to new European rules, calls to other EU member states can only cost a maximum of 19 cents per minute from May 2019.

The maximum applies regardless of whether the calls are made from mobiles or landline phones.

At present the maximum is set to apply to calls to the UK, the ongoing Brexit negotiations notwithstanding.

SEE ALSO: What you need to know about Germany’s plans for a no-deal Brexit.