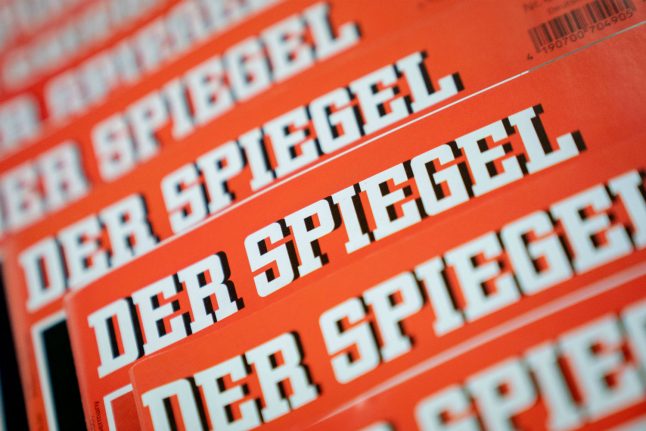 Claas Relotius, 33, resigned after admitting to making up stories and inventing protagonists in more than a dozen articles in the magazine's print and online editions.

The US ambassador to Germany on Friday called for an independent investigation in a letter to the weekly, pointing that many of the stories Relotius fabricated focussed on American life.

Since the scandal revealed by the magazine on Wednesday, other mainstream German outlets like Die Welt and Die Zeit which once used Relotius as a freelancer, have also begun poring through articles that he wrote for them.

“Tell it like it is,” wrote Spiegel on its latest magazine cover page, in an allusion to the publication's motto by its founder Rudolf Augstein that also hangs at the entrance of its headquarters in Hamburg.

In its editorial, the magazine said the scam, involving subjects including Syrian orphans and a Holocaust survivor, is the “worst thing that can happen  to an editorial team.”

It also apologized for the mistake and promised to “do everything to boost our credibility again.” Der Spiegel's new cover story: 'Tell it like it is: How one of our reporters falsified his stories and why he got away with it.' Photo: DPA

Relotius had written for the magazine for seven years and won numerous awards for his investigative journalism, including CNN Journalist of the Year in 2014.

The cheating came to light after a colleague who worked with him on a story along the US-Mexican border raised suspicions about some of the details in Relotius's reporting.

The colleague eventually tracked down two alleged sources quoted extensively by Relotius in the article, which was published in November. Both said they had never met Relotius.

Spiegel said it was “lucky that one of our employees managed to uncover this case.”

But for others, the damage was already done, particularly at a time when disinformation campaigns are posing a constant challenge to the credibility of mainstream media.

“The losers are all the journalists in the country who carry out their research in difficult or dangerous circumstances, as well as members of the editorial teams, who check through texts for quality and accuracy,” said Süddeutsche Zeitung in an editorial.

It noted that politicians in the far-right party AfD have immediately  seized on the case as “evidence of the dysfunctionality of the quality media”.

The AfD, whose supporters often attack mainstream media as “lying press”, has been openly gloating over the scandal.

One of its MPs, Götz Frömming wrote on Twitter: “Ironically, the #Spiegel – the self-claimed leading media outlet that likes to slag off Trump, AfD and Co., has been for years delivering the best #FakeNews via #Relotius.”

Amid the damaging atmosphere, public broadcaster Deutsche Welle appealed to the people not to condemn all mainstream media because of the “dangerous,
isolated case”.

“Before him there have also been other fraudsters who have fuelled the accusation of a lying press. But THE lying press doesn't exist. Most of us are honestly, sincerely doing our work to give children like Alin and Ahmed from Aleppo a voice.”