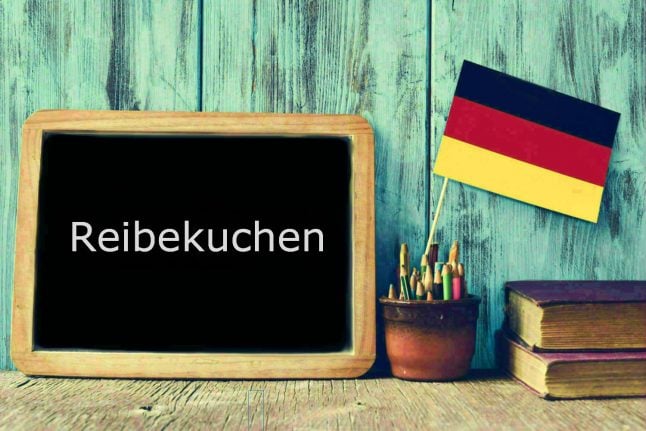 Photo: Depositphotos
Germany's love affair with potatoes is well known. From Pommes to Kartoffelsalat, potatoes are nearly always part of a German mealtime. Potatoes first arrived in Germany in 1630 from Peru, but it was not until Friedrich the Great's (King of Prussia 1740-1742) reign that they became popular.
Living in Germany? Need to learn German? Learn online, face-to-face with expert teachers
Friedrich the Great believed so deeply in both the economic and nutritious value of potatoes that he even passed the so-called Kartoffelbefehl (potato decree) in 1756 to attempt to educate the rural population as to the benefits of the potato.
Reibekuchen, also sometimes known as Kartoffelpuffer or Kartoffelpfannkuchen are just one form of potato popular in Germany, but these potato pancakes made from grated potato, onion, eggs and flour are particularly popular at Christmas.
Traditionally, Reibekuchen can be found the whole year round and are sometimes served as part of a sweet dish and sometimes as part of a savoury one. They are similar to Latkes, also a type of potato pancakes eaten by Ashkenazi Jews – or those coming largely from Eastern Europe – every year as part of the 8-night long celebration of Passover. They are also eaten with apple sauce and often also sour cream.
In Bavaria they are often served as an accompaniment to traditional dishes such as Wurst and Sauerkraut, in the Rhineland they are eaten with beetroot, apple compote or jam and in parts of Saarland, the northern Rhineland-Palatinate and in Hesse, Reibekuchen are often served as an accompaniment to a green bean soup.
In Thuringia you might also find them with leeks and smoked meat, and they have even become a popular frozen food, but now the Weihnachtsmarkt has become their home-from-home.
So the next time you head to the Christmas market for a Glühwein, pick up a Reibekuchen to keep your hunger at bay, or maybe you could even try and make some at home using this video as a help:
Living in Germany? Need to learn German? Learn online, face-to-face with expert teachers