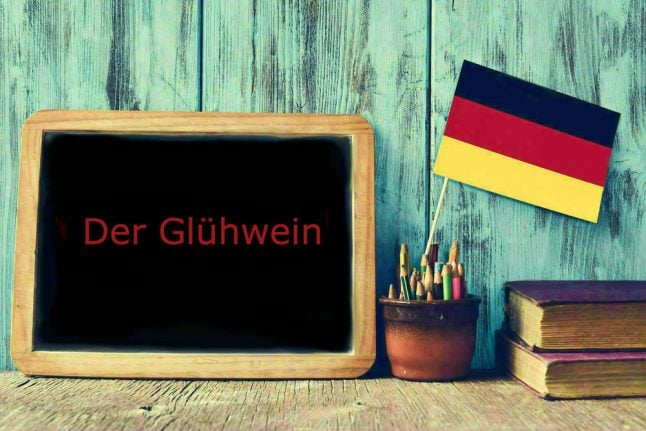 Glühwein, or mulled wine, is a traditional hot drink made with red wine and various spices, including citrus, cinnamon, star anise, cloves, and vanilla. It can be served both alcoholic or non-alcoholic.

When served in the latter category in Germany, it’s usually called “Kinderpunsch” or children’s punch. To the contrary it’s sometimes served with extra alcohol, or “mit Schuss”, usually a shot of rum and sometimes other types of hard alcohol.

Traditionally drunk during the Christmas time, and served at Christmas markets. it’s also a popular beverage in Nordic nations, which serve it up under different forms of the name Glogg. Literally meaning ‘Glow wine’, the word traces its origins in the German-speaking world back hundreds of years, when hot irons were used to heat the wine.

The oldest documented consumption of Glühwein in Germany can be traced back to Count John IV of Katzenelnbogen, a German nobleman who was the first grower of Riesling grapes in the 15th century. Archeologists unveiled a special silver plated cup dating from 1420 which he used to sip the sweet and spicy drink.

Yet mulled wine reportedly didn’t become known as a holiday drink until Charles Dickens mentioned it in his popular short story A Christmas Carol in 1843.