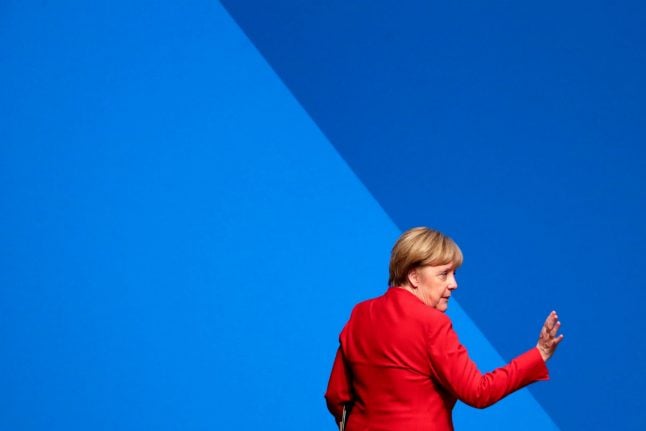 Tensions mounted in German Chancellor Angela Merkel's centre-right party on Thursday a day before a vote to decide who succeeds her as party chief, with splits deepening among party heavyweights.

In contrast, Altmaier has plumped for Merz's rival and Merkel's preferred choice, Annegret Kramp-Karrenbauer, who is now general secretary of the party.

“Since Wolfgang Schäuble has now opened the floodgates, I can say that I am convinced that Annegret Kramp-Karrenbauer has the best chance to unite the CDU and win elections,” Altmaier told regional newspaper Rheinische Post on Thursday.

“She has done that several times under difficult conditions,” he said about the former premier of the small state of Saarland.

Although Merkel herself has shied away from publicly naming her preference, 56-year-old Kramp-Karrenbauer is widely seen as her anointed crown princess.

Merz, who had quit politics 15 years ago after losing a power struggle against Merkel, has for long nursed a grudge against the chancellor and is regarded by many as her nemesis.

His experience in the corporate world and his economically liberal position
have secured him support from Germany's business giants.

SEE ALSO: What you need to know about Merkel's possible successors Those party faithful who complain that Merkel has shifted the party too far left – on issues from immigration to green energy – are also looking to Merz to bring the CDU back to its conservative roots.

Schäuble, the parliamentary speaker, on Wednesday said he was “certain that it would be best for the country” if Merz won Friday's vote at the party congress gathering 1,001 delegates.

Schäuble argued that the CDU needs to win back voters who have abandoned
it for the far-right party AfD.

“Friedrich Merz is someone who can send clear signals with clear concepts, who has the courage to not wait until the end of a discussion, but rather to shape it,” the CDU heavyweight told the conservative Frankfurter Allgemeine Zeitung.

“That may create some resistance, but it would be good for political debate.”

With the cracks within the party laid bare, the premier of Germany's most populous state, North Rhine-Westphalia, Armin Laschet, called for unity.

“We must do everything to prevent” a split in the party, he told newspaper group Redaktionsnetzwerk Deutschland.

“What is decisive for the CDU is the period after the party chairman vote,” he said, urging the newly elected leader to send a clear sign for unity.