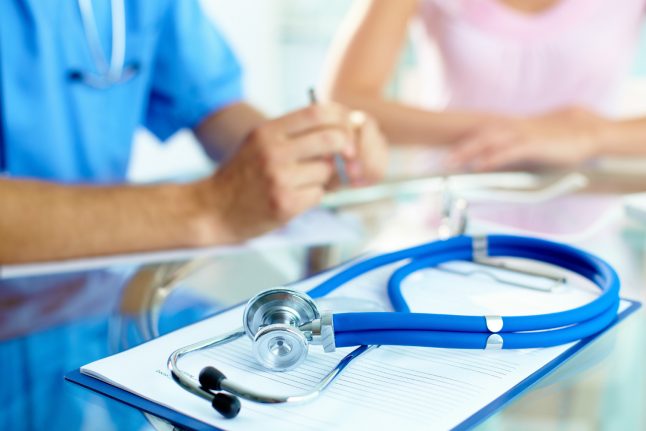 The income value that health insurance providers, or Krankenkassen, estimate self-employed people earn monthly will drop from €2,284 to €1,038 from the start of 2019. So anyone who earns less than €2,284 will see a decrease in their public insurance contributions all the way down to €1,038.

While it is required that self-employed people give their health insurance provider their estimated yearly earnings, the Krankenkassen asked for a minimum contribution of €420 – even for a freelancer who earned €1,000 per month.

Yet now, under the new change, it's expected that contributions for low-income self-employed people will drop from around €420 to €190 per month, according to Spiegel.

If you earn less than €1,038 you will still have to pay more than your fair share, but it will be significantly lower than it is currently. For example, if you earn €900 per month, your contributions will be calculated as if you earned €1,068 a month.

SEE ALSO: Everything you need to know about the complicated world of German insurance

Talk me through this…

Okay, so up to this point public health insurance providers have assumed that all self-employed people earn a minimum monthly income of €2,284. Even if they don’t earn this amount – perhaps they earn €1,500 for example – their contributions would still be calculated at that figure.

That means self-employed people and freelancers often have to contribute around €400 to €420 for health and long-term care insurance.

This can be a lot of money for people struggling to make ends meet, or for people starting their own business when every cent counts.

SEE ALSO: What NOT to do when you're freelancing in Germany

If you're employed in Germany, your boss has to contribute to your health insurance and social security automatically. But those who are self-employed cannot share the burden of payments – they have to pay the whole amount themselves.

There are also people who decide not to take health insurance out at all because it's too expensive for them – even though it’s a legal obligation for residents in Germany.

The high rates have led to some people not paying up, too. Currently, health insurance companies in Germany are chasing after almost eight billion euros in contributions from voluntarily insured people who simply could not (or did not want to) pay, reports Spiegel.

Expat financial adviser Patrick Ott, of Chambervelt Rooselain and Cie, told The Local: “It becomes such a heavy financial burden that many self employed people move to private health insurance; even though that might not be in their best long-term interest.”

It's estimated that 87.7 percent of the German population is covered by public healthcare providers, and 11.5 percent by private healthcare.

The hypothetical minimum income supposedly earned by self-employed people was to be halved from €2,284 to €1,142  per month, according to government plans.

However, the Bundestag then went even further and lowered the minimum to €1038.33 per month. In technical jargon, this is called the minimum assessment base.

With the new figure of €1,038, the rate for self-employed people is now at the same limit as all other voluntarily insured persons, such as pensioners or students.

That means the monthly minimum contribution paid by self-employed people will fall to around €160, and including long-term care insurance, to €190 euros per month.

Ott said: “Basically the costs for public health insurance for low-income self-employed people will be reduced by 50 percent.

“The idea to reduce this imaginary minimum income by half is going to help a lot of people.”

Ott added that it was a “huge” step and “will help a lot of low income self employed people to stay in the public health insurance”.

What do I do now?

Experts advise that you call your health insurance provider and find out how you can prove your income in the future.

If your income is higher than €1,038 but lower than the old benchmark of €2,284 you will definitely pay less than you do right now. That will happen automatically, according to health insurance providers.

However, even if your income in 2019 is between the old and the new minimum assessment base, the health insurance providers will check this on the basis of your last tax assessment and set the contribution lower according to your income.

If your current income is slightly lower or higher, this will be reflected in the tax assessment for the following year. Either you will get your money back or you may have to pay extra.

PARTNER CONTENT
Protect yourself from the rising costs of living