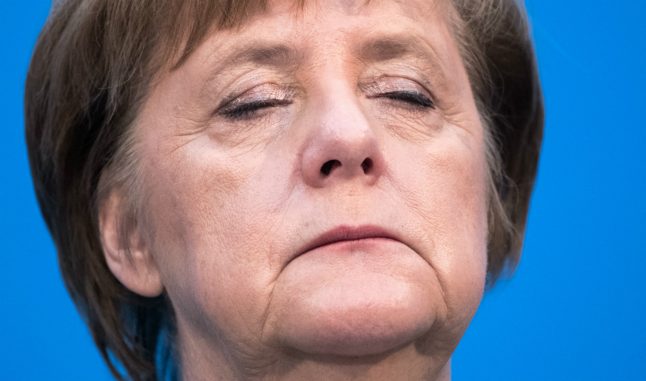 The government Airbus A340-300 made an unscheduled landing in Cologne shortly after leaving Berlin on Thursday, causing a delay that means Merkel will miss the start of the two-day G20 summit in the Argentine capital.

“It was a serious malfunction,” Merkel, who had to spend the night in a hotel in nearby Bonn because no replacement plane was immediately available, told reporters.

The plane, which took off from Berlin around 7 p.m had to turn back over the Netherlands after about an hour in the air. It landed in Cologne around 8:30 p.m.

The pilot, who Merkel called “the most experienced captain of the flight crew”, informed passengers of a technical problem that had caused the failure of some electronic systems.

The German air force, however, ruled out sabotage, with a spokesman saying “there is absolutely no indication of a criminal act.”

According to information from the DPA, large parts of the electronic system urgently needed for flight operations had failed.

Finance Minister and Vice-Chancellor Olaf Scholz was also aboard the plane. Staff beside the 'Konrad Adenaur' plane on Thursday. Photo: DPA

A reporter from RP Online described the dramatic situation that unfolded. She said that passengers felt a “jolt” while up in the air and were told to fasten their seat belts.

Merkel's husband Joachim Sauer, the publicity-shy quantum chemist, was also travelling on the plane. He reportedly was not due to join Merkel and the other delegates for the continuing journey to Argentina on Friday.

The RP Online reporter described how Merkel learned around 8 p.m of the technical problems. Soon after, the aircraft turned back. It was a “hard” landing in Cologne, she said.

“Only when the fire trucks and the blue light are visible on the runway does it dawn on some that a major drama can't be ruled out,” the reporter added.

The newspaper then details that the brakes were examined and no-one, not even Merkel, was allowed to leave the plane for 70 minutes.

The delegation found accommodation at the Hotel Maritim in Bonn. Bread rolls and drinks were served to everyone.

Merkel was asked by journalists what it was really like and she shared her feelings on the “serious disturbance”.

“Fortunately” there was an experienced pilot, she said.

Scholz expressed himself in a similar way and said he was glad that nothing bad happened.

The Chancellor is said to have phoned Defence Minister Ursula von der Leyen directly, the paper reported. There was talk of the government investigating if the situation had a criminal connection.

“Who could have manipulated the plane? When, where and how? Was there really a danger that the Chancellor and Vice-Chancellor would crash with their delegation?” asked RP Online, indicating the tense situation felt by all the delegates surrounding Merkel and her team.

Although all possible situations are being investigated, on Friday authorities said there was no indication of a criminal act.

Some of the delegates reacted by saying: “That was close,” reported the newspaper. Merkel is now travelling to the G20 meeting with a vastly slimmed-down delegation.

The group flew to Madrid in a German air force plane in the early morning on Friday, a government spokeswoman told DPA.

From there, the delegation boarded a regular commercial flight to Buenos Aires.

Merkel was due to hold bilateral meetings with Russian President Vladimir Putin and US leader Donald Trump on the sidelines of the summit on Friday, but her delayed arrival has thrown her schedule into disarray.

She will also miss the traditional G20 “family photo” of attending heads of state and government, according to DPA.