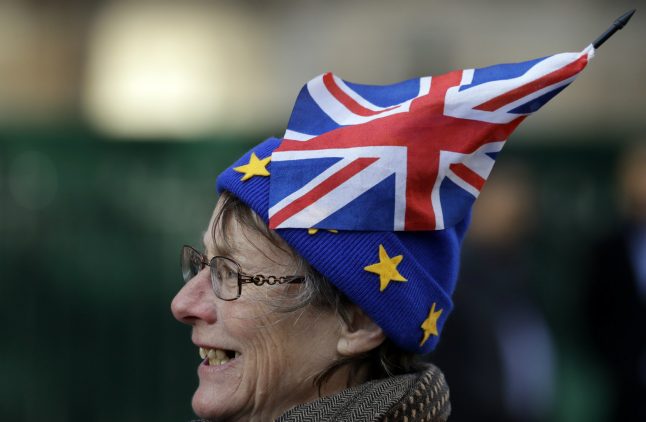 What the future will look like for Brits in Germany depends largely on how the final act of the gripping Brexit drama plays out in London. Will Prime Minister Theresa May manage to get her deal through parliament, or will hardliners in the Tory party pull Britain towards the exit without a deal at all?

The good news is that, if May does guide her deal through Westminster, most of the rights that Brits currently enjoy in Germany will be secured.

Brits will continue be able to live and work in Germany without applying for a visa. And as long as you can live from your own resources you will be able to stay without working. Just as is the case now, you will be able to apply for permanent residence after five years of living legally in the country. Healthcare and pensions are also continue to be covered by the current rules. The withdrawal agreement makes clear that these rights apply “for the rest of their lives”.

In a notable victory for the EU, everyone who is registered in Germany at any point up until the end of the “transition period” will be entitled to these rights. The transition period is a period of at least 21 months after the day on which Britain leaves the EU (March 29th 2019) in which Britain will still play by EU rules.

So everything will pretty much stay the same? Well, according to lobby group British in Germany: “for those who are happily settled in their country of residence, work solely in that country, have retired there or are pre-retired, have no wish or need to move to or work or study in another EU country…and don’t rely on professional qualifications, then your rights should be covered.”

How will working rights be influenced?

But make no mistake, Brits will no longer enjoy every privilege that comes with being an EU citizen.

Most significantly, they will lose the right to live and work across the EU. The agreement explicitly only applies to the country that your are resident in. So in the future, a job opportunity that comes up in say Italy may require you to first obtain a visa.

An even more immediate issue faces those people who are based in Germany but have clients in other parts of the EU. Robert Harrison, spokesman for British in Germany, says that lawyers and translators are two professions that could both be hit by limitations on where Brits can work in the future.

He explains that it is quite common for a translator who is employed in Germany to be sent to Austria to work with a client on translating technical documents. “We don’t know if they will be able to keep working,” he says.

Clarity on EU-wide working rights is only likely to be resolved in future trade talks between the UK and the EU. Harrison warns that the EU won’t necessarily be willing to offer a generous deal, given the fact that May has recently made tough statements about “not offering EU workers privileges” under an independent UK immigration law.

Will Brits in Germany have to register themselves?

Another thing that remains unclear under the withdrawal agreement is whether Brits will have to register to be entitled to the protections it sets out. The agreement states that the individual countries can decide whether people have to apply to obtain the rights (a constitutive system) or whether they will simply be handed them under a so-called declarative system.

Harrison points out that Germany has all it needs to make things easy for us. Any Brit who is legally in the country is already on an official database due to the fact that all residents go through an Anmeldung (registration) when they change address. This database could be used as the basis for deciding who is entitled to continued rights.

But EU countries are following the concept of reciprocity in negotiations with London – i.e. what the UK does to EU citizens, EU countries will do back to British citizens. With Britain set to make EU citizens go through an expensive registration process, Germany might respond in kind (although the registration will probably be much cheaper.)

SEE ALSO: 'You remain a very high priority': A letter to Brits from the UK ambassador The no deal scenario

What if the British parliament votes down May’s Brexit plan and Britain ends up leaving the EU next March without a withdrawal deal? Reports in the British press suggest that this “doomsday” scenario is becoming ever more probable as both the opposition Labour party and rebels in May's conservative ranks prepare to sabotage her deal.

Under this scenario, Brits could theoretically wake up on the morning after Brexit and no longer have a legal status in Germany.

Harrison says that this is unlikely to happen. That is because the German government has stepped up preparations in recent weeks for a no deal Brexit by drafting emergency legislation which would ensure people could still work.

There could nonetheless be a few weeks of intense disruption.

What about medical bills and driver's licences?

Pensioners in particular are going to face the possibility of no longer having health insurance. Currently the German Krankenkasse sends the bill back to the UK when a British pensioner needs medical care, but no new regulations would mean that this would cease to happen.

Ultimately, it comes down to what Germany sees as a priority. Harrison says that labour regulations will take place quickly as the German government wants to protect its employers, but there has been little effort made so far to draft legislation to cover medical bills or driving licences.

British in Germany have an extensive checklist on their website of the precautions it is worth taking. Particular attention should be paid to driving licences, which would cease to be valid and passports, which you will no longer be able to use to enter the EU right up to their expiry date.

At the very least, Harrison has been reassured by the engagement of the German government throughout the Brexit negotiations.

“The Germans are going to be pretty quick about putting things into place. The first weeks will be a scramble to get all the legal documentation in place,” he says.

SEE ALSO: In which German states and cities do all the Brits live?