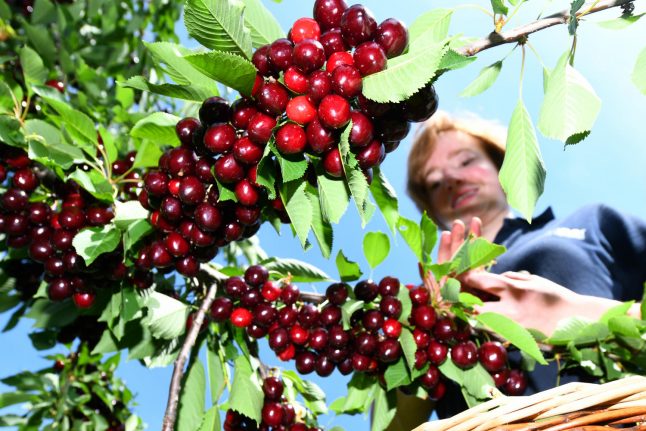 After the Christmas of December 2016, I hauled a backpack and chased the cake across the entire length of the Black Forest, from Bodensee that lay below its southern tip, to Baden-Baden in the north. What would begin as a journey through cities, towns, hills and forests would end in the piping hot peace of Friedrichsbad, a Roman-Irish thermal bath in Baden-Baden.

Strictly speaking, the Black Forest is contained within an irregular rectangle with vertices at Karlsruhe, Basel, Bodensee and Stuttgart. Set in the thick of it is a dense net of pine trees that submerge the south-western hills of Germany in impenetrable darkness. It is a great strategy to hinder troops in war, or perhaps to rid itself of a few inpouring tourists. It now welcomes almost 8 million visitors each year in the better known holiday regions and far more in the vast unknowns. Whether it is to chase a cake or the romantic idea of Waldeinsamkeit (forest solitude), the Black Forest feeds the silly fancies of many visitors. Much of the industrial income in Baden-Württemberg – the third most populous state in Germany depends on tourism. It is also home to the blue Danube that originates in the town of Donaueschingen. Twisting its way through the big capitals of Vienna and Budapest, the massive river empties 2743 km downstream into the Black Sea.

But my journey was only a 160 km. And it, like the Danube, was about to see some major bumps.

Poll time! Which of these is the best holiday destination in Germany?
Vote NOW and let us know why in the comments below.

Natural and cultural treasures of the Black Forest

The strangest thing about the Black Forest is that it’s possible to trail around the region without stepping into the wilderness. The mysterious workings of a traditional cuckoo clock can be seen in a museum in the small city of Furtwangen, a creation that the region is famous for. It does not fall back on some of the grandiose creations of nature either: Triberg – one of Germany’s highest waterfalls, Titisee – a natural glacial lake (which beyond the absurdity of watching ducks slipping on ice has unfortunately little else to offer), and Feldberg – at 1493 metres that struggles to snow itself in deep winter.

It was a shock to see snow-pumping machines maintaining a white facade for the families and children that had gathered there for the weekend. According to the locals, many children learn to ski here in heavier winters. Despite that, the beauty of Feldberg as it transforms under the rays of a setting sun, is worth every effort to get there. In contrast, the nearby cities of Freiburg and Konstanz have a special vibe due to their young student populations. During the day, explore the city walls painted in stunning graffiti and hit the pubs at late evening when they come to life. I spent much time chatting to locals in Freiburg’s Markthalle over delicious wine. Apart from practicing my German language skills, it provided me with a window into local lifestyle. To the surprise of many who have heard this story, the locals were always warm and welcoming. Artistic graffiti on the walls of Konstanz and Freiburg. Photo: Nehal Johri

Most importantly, people from certain parts of Baden-Württemberg and Bavaria (known as Swabians) invented Käsespätzle and continue to excel at it. Homemade, egg-based noodles baked with tons of (typically) emmentaler cheese and topped with fried, yet slightly sweetened, red onions. Order it with a glass of local wine to soothe your palate.

And if you get bored of Konstanz, which – in all honesty – can be dull in holiday season, take a stroll down the street to Switzerland and grab whichever drink you can afford.

Remind yourself that all these experiences still thrive at the edge of the forest. To experience the real darkness that is much spoken of, you have to let yourself off the precipice of urban civilization. One great way to do so is by taking the Schwarzwald Railway, which cuts a beautiful path through the deep green pines from Konstanz to Offenburg.

The tourism office claims that hiking was invented in the Black Forest in the 19th century by Philipp Bussemer, a free spirit from Baden-Baden. By setting up the first tourist information centre, he paved the way to local prosperity. By now, 24 wonderful, yet elaborate, trails exist. They can be covered as day hikes or 2-3 day adventures. You can also disappear in the forest for a good week or two and emerge for short breaths of city life. Some passionate hikers choose to traverse the forest from beginning to end, covering stretches from France to Germany to Switzerland. Hiking is popular in the Schwarzwald. Photo: Wikipedia Commons

Because of these extreme alternatives that the region offers, it is important to plan your itinerary depending on the experiences you are looking for. But if you change your mind spontaneously, the forest – or a city – is never more than an hour away.

Regardless of the route of choice, a KONUS card will come in handy. Very few visitors are familiar with this card. It can be purchased via a hosting family or hostel and provides free access to all regional trains and buses within the Black Forest for the period of travel.

The untold tale of Ottenhöfen

I was not ready for what awaited me in Ottenhöfen im Schwarzwald. Booking an AirBnB had been a deliberate choice: I wanted to meet the locals and test how well my broken German would fare, but it wasn’t as simple as that. By poking at the edge of the forest, I had found myself at the edge of alternative living.

My hosts hoped to live as naturally as possible, in close interaction with nature and devoid of unnecessary appliances. We were in the middle of nowhere, surrounded by the forest, with ice cold temperatures raging outside. The water from gushing streams had literally frozen to icicles. My unconventional hosts, however, didn’t believe in house heating. So I sat huddled all evening at a central fireplace, with a warm family and five furry animals, until day broke and I could hike again.

In Ottenhöfen im Schwarzwald I was off the precipice. A five minute walk and I had lost phone reception, any sign of human activity, or footprints. I had finally arrived at the depths of the Black Forest. Over the next three days, I explored the rocky paths, icy bridges and trees that extended beyond sight on every side. No sun could break through this thicket. Ottenhöfen im Schwarzwald is a small town at the foot of the Black Forest. Photo: Nehal Johri

Here I discovered the ultimate gem: a quaint, little shop before an even smaller church that brought fresh wares to sell each day. After several tastings across the cities of Black Forest, I bit into a very traditional, unspoilt by urban demands, Schwarzwälder Kirschtorte.

That night, we sat down to a majestic New Year’s Eve dinner. We broke open a bottle of champagne, shared our hopes for the coming year, and toasted new friendships. At the stroke of midnight, the children, the elderly, and their dogs led me atop a hill to watch the sky break into fireworks. Against a lonesome church tower, the village stood bespeckled in light. I knew then that if this German family had chilled me to the bones, they had warmed me equally with their kindness.

So, what did I discover about the cake? That it had lacked alcohol throughout my innocent years. A Schwarzwälder Kirschtorte traditionally contains layers of sponge cake soaked in a cherry-flavoured brandy called Kirschwasser.

Incidentally, in 2013, Schwarzwälder Kirschtorte was granted a “protected status” by the European Commission, implying that it could no longer be served under the name if it lacked its traditional ingredients. Without a liquor derived from sour, morello cherries grown in the Black Forest, it was no Black Forest cake. I truly had been a fool.