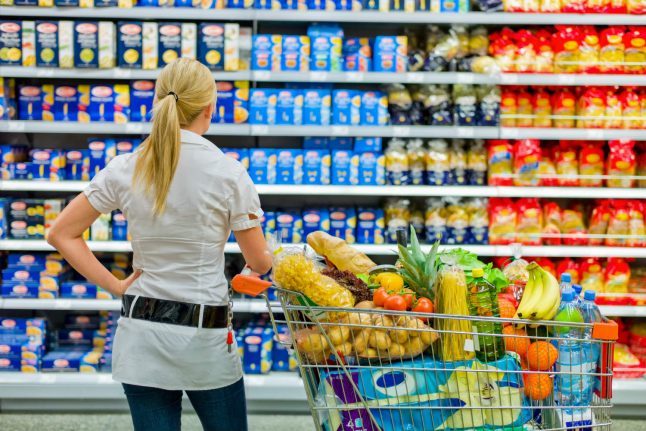 On the day, I last returned to my Heimat (homeland) of California this past summer, I headed to the supermarket to stock up on a few supplies. Despite being tired from jet-lag, I quickly loaded my groceries onto the conveyor belt in the German way to which I’d grown accustomed to over the last six years. I held on to my cloth bag I’d brought as I prepared to pack the items and dash out the door.

“Have you tried that almond milk before? I’ve heard that brand is really good…” the cashier asked me with a smile, as reverse culture shock set in and I tried to process that I was being spoken to beyond a “hello.”

I changed back into chatty California mode, as the patient shoppers behind me seemed unphased that an additional 20 seconds were being deducted from their day. Then, the greatest shock of all, a man at the end of the counter asked if I needed help bagging my groceries.

Yes, I was no longer in Germany, I could conclusively confirm.

Even being a Stammgast (regular guest) at my local supermarket back in Berlin, the cashier and I never exchange words beyond “Hallo, guten Tag” and “Kassenbon?” (Receipt?) and “Nee, danke.”

As all of us at The Local Germany have had supermarket surprises as expats, so we’ve compiled a video with EasyGerman on the topic, and a guide of other things you need to know to survive the German supermarket.

Germany has an eclectic variety of supermarkets. At bigger supermarkets such as Rewe and Edeka, you can purchase a wide variety of household items such as cleaning items, hair care products and even fuzzy socks and toy trucks, now that the holidays are around the corner. My local Edeka, likely taking a cue from the U.S., even carries bright orange pumpkin carvers with fanged smiley faces.

Yet if you would like to purchase any sort of medicine, even non-prescription painkillers such as Paracetamol, you’ll only find it at an Apoteke, or pharmacy. Even Drogerei (drug stores) such as DM won’t carry painkillers beyond creams.

It’s standard knowledge that supermarkets are closed on Sundays, except for those in train stations, to give Germans (including store employees) their beloved Ruhetag, or day of rest. These strict laws actually stretch back 100 years to 1919, and until 1996 were in the form they took on in the 1950s: stores open until only 6:30 pm on weekdays and 2 p.m. on Sundays. They’re also often not only closed on holidays, but also the day before holidays.

A coin to avoid cart chaos

In the U.S. it’s common to see that rogue shopping cart (or six) left lingering in the middle of a parking lot before someone else claims it. Yet this kind of disarray doesn’t happen in Germany. Be prepared to carry along a one-euro coin if you want to unlock a shopping trolley, which is locked into a line of others. As soon as you lock it up at the end of your shopping experience, you’ll get the deposit returned to you.

Speaking of deposits, you might notice that the longest line at the supermarket isn’t to buy food, but to return bottles. In Germany, bottles have a pfand (refund) of up to 25 cents. It’s possible to put all of your old bottles into a machine, and receive a ticket back that can be used as a discount for your other goods.

In the U.S. it’s common to see every shelf fully stocked, save for perhaps on Thanksgiving when the produce sections have been ravenously raided. Yet in Germany, shelves for out of season products might shamelessly remain empty simply until that product is available again.

It’s not the only way supermarkets are more ecological. Rewe recently made headlines for a campaign to stock fruits and vegetables “with beauty errors” -or slightly shriveled produce which due to the summer drought couldn’t have a modelling career in supermarket catalogues.

Interesting discoveries on the shelves

While eggs are refrigerated in many countries, they are simple left on the shelves in Germany.

Many products in Germany are heavily discounted, such as milk and dairy products. If you’re a fan of fancy French frommage blanc, you can expect to be welcomed by a glorious selection of cheap cheese.

This video details some of the other interesting discoveries foreigners in Berlin found on the shelves.

Many people in Germany know the Saturday shopping scenario. Another lane opens towards the check-out, and suddenly it’s a supermarket survival of the fittest. Forget offering to let the person in front of you take the spot in the next lane, as is common practice in many places. In California, we sometimes take it a step further by politely sparring about it (“You can go to the front,” “Oh no, you go ahead, please”). Yet in Germany, it's every shopper – and their broccoli – for themselves.

It’s shared social knowledge that everything in the supermarket lanes needs to be divided, even if there is just one item such as a bread roll, and even if just one person is behind you. It’s also common practice to put a separator behind your groceries, or grocery, even if no one else is there. You have to be safe, after all, and protect yourself from those runaway rice cakes.

Germany is a nation notorious for cash payments, and supermarkets are no exception. However this is changing, especially at big chain supermarkets in bigger cities where sometimes it’s even possible to foot the bill with a MasterCard or any other international credit card.

But if you ask, “Könnte ich mit Karte bezahlen?” there’s a good chance the affirmative answer you receive refers only to EC Karten, or a German debit card which withdraws money directly from your bank.

SEE ALSO: How Germany has been minted as a coin carrying nation

The finish line, aka check out

Congratulations, you’ve almost made it to the end of your shopping experience. But it’s not over yet. Expect to bag your groceries as quickly as possible, lest be met by annoyed looks of the shoppers behind you.

“The only thing that slows the checkout staff down is loose veggies,” Berlin-based stand up comedian Chris Davis told us earlier this month. “I like to put a kiwi and potato in the one bag to give me time to pack.”

At some supermarkets, especially discount ones, there is little to no room to pack at the end. It’s typical to – whilst juggling a half-filled bag of groceries in one and haphazardly holding on to remaining items in the other arm – relocate to a packing station where you can calmly bag your groceries.

At some supermarkets, particularly Rewe, it’s now possible to find self-service check-outs. But being a new technology – for Germany anyways – I’ve noticed people still forming long lines at the conventional check-out, as this technological marvel beckons the already-accustomed foreigner.

As with anywhere, there are always exceptions at German supermarkets. Cashiers who smile and make eye-contact, expensive Emmentaler – especially at the Biomarkten (organic supermarkets) – and crowds of camels which gather at night in front of a Lidl (yes, this actually happened last week).

While supermarket shopping in Germany can, quite literally, be a mixed bag of experiences for foreigners, it's above all fun. I always find it fascinating to peruse the markets of other countries, and despite being comfortable settled here, never stop observing what's in store next.

What are some of your favourite supermarket idiosyncrasies in comparison to your home country? And what practices of German supermarkets do you think other countries should adopt? Tell us in the comments.