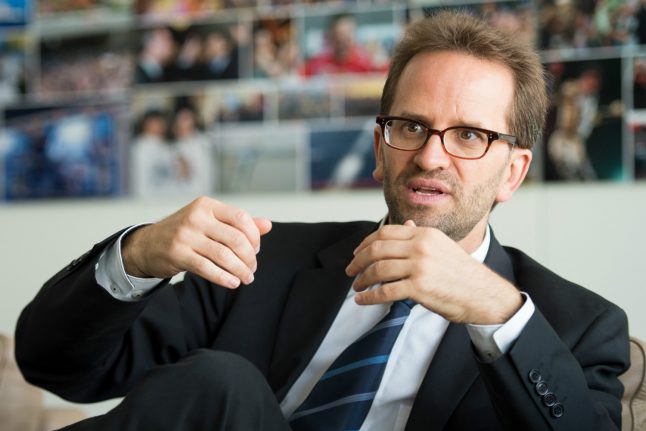 Their legal action has been made possible by new legislation taking effect on November 1 that was hurried through to beat a year-end statute of limitations for claims against VW.

“Volkswagen will remember this day as the moment the kid gloves of the politicians were replaced by the boxing gloves of consumer advocates,” Klaus Müller of Germany's VZBV consumer federation told DPA news agency.

Justice Minister Katarina Barley said “an estimated two million” VW owners could benefit from the new law, although the suit will start on a smaller scale.

Germans have grown increasingly irritated by “dieselgate” fallout as they face plummeting resale values of diesel cars and looming driving bans in big cities due to pollution concerns.

“They have played us for fools,” said Christian Saefken, who was “shocked” to discover his Skoda Oktavia was among the rigged VW cars.

“I wish they had been more honest from the start,” added the 42-year-old, who might join the lawsuit.

The German government has also come under fire for being slow to take on a car industry that employs 800,000 people, even as cheating suspicions spread to other automakers.

VZBV and Germany's largest auto club ADAC will kick off the US-style class action suit by lodging a complaint Thursday with the higher regional court in Brunswick, near VW's iconic Wolfsburg headquarters.

If judges deem the case admissible, a decision expected in no more than two weeks, judicial authorities will open a register allowing others to join the collective action.

Those eligible is anyone who bought a Volkswagen car or one of the group's Audi,Skoda or Seat brands with a diesel EA 189 engine from November 2008.

Lawyer Ralf Stoll, who is coordinating the suit for VZBV, expects “several tens of thousands” of people to sign up for a case he called a legal “milestone”.

Taking part in the suit is free of charge.

A collective suit has the benefit of letting plaintiffs bundle their complaints against a defendant, saving the time and cost of suing the accused individually — although some 26,000 Germans have already started their own
lawsuits against VW.

The German class action law has nonetheless come in for criticism because unlike in the US, judges only rule on whether or not damages should be awarded – without determining an amount.

So even if German judges find that VW should compensate drivers, each plaintiff would still have to go back to court to enforce their individual claim – unless VW proposes an overall settlement.

Anger over US payouts

Volkswagen has been mired in legal woes since it admitted in 2015 to installing software in 11 million diesels worldwide to dupe pollution tests, allowing the cars to spew harmful gases far beyond legal limits.

The company has already shelled out more than €28 billion in “dieselgate” costs. A large chunk has gone to around half a million US drivers, who were offered buybacks and up to $10,000 in compensation.

VW says it has no legal obligation to repeat the deal elsewhere, and that doing so could bankrupt the 81-year-old titan.

In Germany, VW has paid €1.8 billion in fines to authorities but affected customers have only been offered software updates.

The group is already embroiled in consumer class-action suits in other countries, including Australia and Britain.

VW appears intent on fighting the German consumer suit as well, insisting it has “no legal basis”.

“All the cars are technically sound and roadworthy,” VW said in a statement, adding that it had complied with all recall requirements.