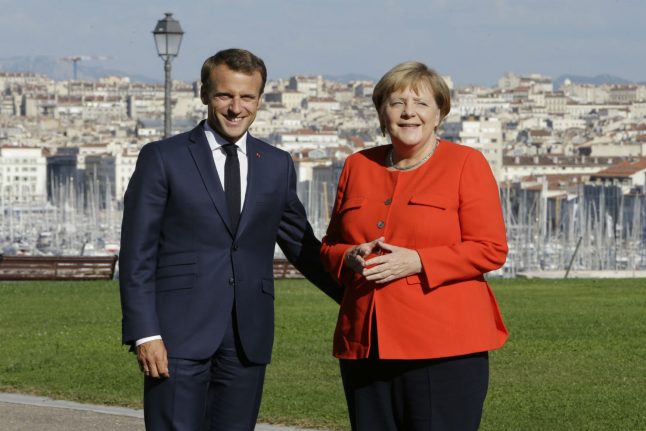 Merkel and Macron at a meeting in Marseille in September. Photo: DPA

“She has never forgotten what Europe's values are and she leads her country with great courage,” Macron told a press conference following talks with Ethiopian Prime Minister Abiy Ahmed.

“That's what I have to say on this choice and this extremely dignified announcement.”

The centrist French leader added however that there was “nothing reassuring” about the fact that Merkel's announcement comes against a backdrop of rising support for the far-right Alternative for Germany (AfD) party.

“I see that as a European phenomenon, it is not only German,” he told reporters.

“The far-right, I'll remind you, is doing the best of all in France,” he added.

“In France… the party that won the European elections is called the Front National,” he said in reference to the far-right party now renamed the National Rally.

“So this is not new,” he said of the rise of the AfD. “It worries me, but it motivates me.”

Macron added: “If the extreme right is rising, it's because other parties are not managing to provide a response to people's anger or fears.”

He called for “a democratic and credible response” to such anger, and for a war against “all forms of demagoguery and falsehoods”.

Merkel had enjoyed the support of Germans as a guarantor of stability and prosperity, having steered the country through financial crises and keeping Europe's biggest economy humming with unemployment striking post-reunification record lows month after month.

But her power has been on the wane since her 2015 decision to keep Germany's borders open at the height of Europe's migrant crisis, ultimately allowing in more than one million asylum seekers.

The mass arrivals left a deep chasm in German society, and fuelled the rise of the AfD, fundamentally redrawing the political map.

While Merkel has essentially given her party three years to put the succession in place, her departure may yet be precipitated if her junior coalition partner, the Social Democratic Party, loses patience and pulls the plug prematurely.

Merkel's party and their Bavarian CSU allies been at the receiving end of voter anger – be it stemming from the migrant influx or bickering within the coalition. The SPD in particular has recorded a haemorrhage of voters.

Plummeting support for the SPD has left the party torn internally over its decision to join the government.

After a drubbing at two regional polls in as many weeks, the SPD has signalled it may walk away if Merkel's centre-right alliance of CDU and Bavarian allies CSU fails to meet its demands.

By September 2019, the party “will be able to see whether this government is still the right place for us”, SPD chief Andrea Nahles said.

With the new CDU chief to be elected by the party as soon as December, it remains to be seen if Merkel's successor would be able to keep the SPD in the coalition until the next general elections, due in 2021. 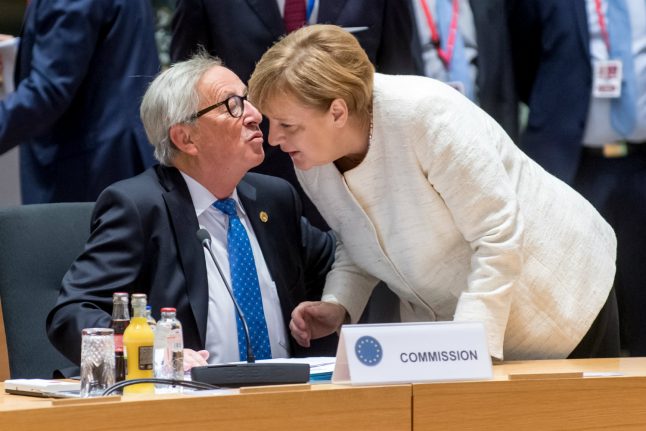 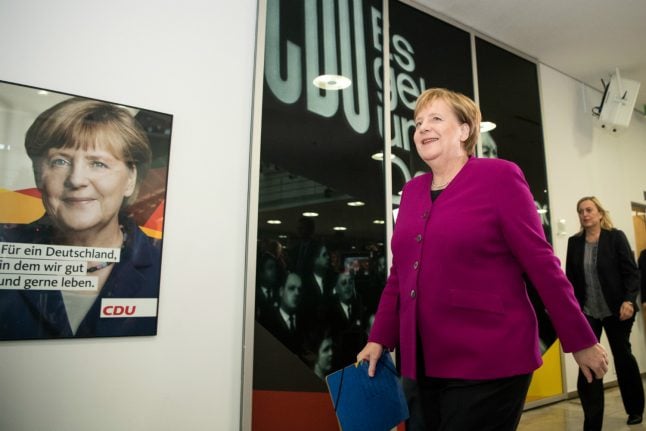 ANGELA MERKEL
End of an era: What you need to know about Merkel’s planned departure

ANGELA MERKEL
End of an era: What you need to know about Merkel’s planned departure
Url copied to clipboard!