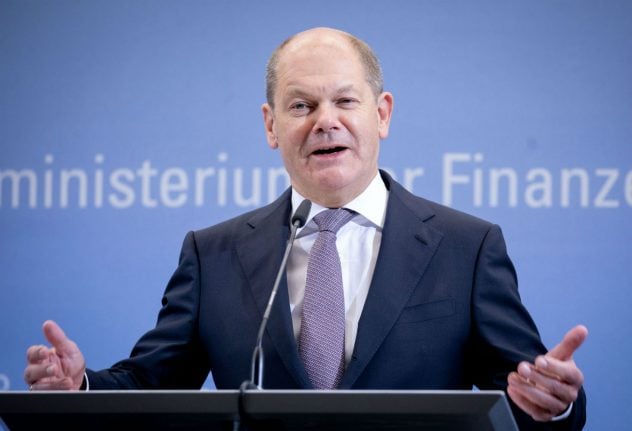 Presenting the tax forecast for 2019, Finance Minister Olaf Scholz said that he had no intention of making significant changes to the country’s tax system.

“There is not much room to try new things,” he said in a speech that emphasized that Germany needed to follow a cautious tax regime.

In fact, Scholz offered up some more sober news – the forecast for 2019 revenues had been revised down by €2.3 billion since the last estimate was published in May. This was the first time that a prognosis for tax revenue had been calculated down in years.

Record low unemployment and low interest rates have ensured that the the government coffers have been filling up like never before. But economic growth is predicted to slow this year, signalling a slow down in employment and salary rises.

“Trees can’t keep growing up into the heavens,” Scholz stated, indicating that taxes would need to be kept at their current rates in order to finance several ambitious social programmes in the current budget.

In 2019 new financial measures to back free Kindergartens will take effect, as will improvements to the state pension plan. Scholz’s Social Democrats are pinning their hopes on these reforms as a means of regaining falling popularity among the voting public.

Germany has one of the highest tax burdens in the developed world both for companies and for employees. The Taxpayers’ Association had called for Scholz to raise the highest rate of income from a salary of €55,000 to €80,000.

Industry figures had also said it was necessary to drop corporation tax from its current level of 30 percent in order for German businesses to remain competitive on global markets.