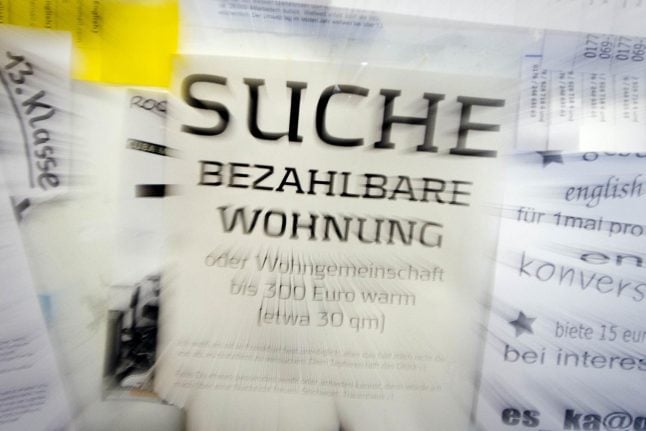 The study, completed in a partnership between Berlin’s Humboldt University and University College, London, looked at the correlation between rising rents and incomes in Germany across at 20-year period (1993-2013).

The widening gap between rich and poor in Germany – Europe’s strongest economy – is evidenced by the comparative reduction for the country’s richest residents. Those 20 per cent in the highest income bracket are now paying just 14 per cent of their income on housing, down from 16 per cent in 1993.

The study shows that while traditional metrics illustrate a widening gap between rich and poor when it comes to income, the gap after housing expenditure was even more significant.

One major reason for the changes has been a steep increase in rents across the period of the survey. Conversely, mortgage rates have developed in a favourable fashion, benefiting homeowners. Those on lower incomes are disproportionately renters, while those at the other end of the spectrum more likely to own their homes.

There are several other factors which have led to the changes, including more people moving to the cities and a trend towards living alone. Incomes for those at the lower end of the scale have also risen more slowly than the comparable rise in rents.

SEE ALSO: What Germany is doing to keep rents down – special report

The researchers found that the trends are unlikely to change in the future. Younger people are saving less than people of the same age did 20 years ago, meaning their ability to own a home is decreasing.

One of the authors of the study, Professor Christian Dustmann of University College London, told The Local that the widening gap is not as pronounced as it is in other countries, but should still be a cause for concern.

“Housing expenditure has gone up in Germany, particularly for people at the lower end of the economic spectrum. This includes mostly young people who are starting their careers,” he said.

German banks’ comparative reluctance to lend and the country’s restrictive mortgage regulations has further exacerbated the pressure on those with lower incomes, who will be unable to escape the rental market and will therefore be forced to pay more in future.

However, Professor Dustmann said calls to restrict rent rises – like the rent price brake implemented by the German government – should be met with caution. With more people moving to the cities all across Germany, restricting rent increases could lead to supply problems – and higher rents in the longer term.

“The housing market is a very sensitive thing. To regulate rents so that housing becomes cheaper means that there’s less of an incentive to build new housing. If rents are not sufficient to make it worthwhile to build new properties, then no new properties will be built.”

“(If governments restrict rent increases) then people will not be able to access housing which is suitable for them. The prices will go up and there will be long queues.”

“It is important to remember that we are still in a favourable position in Germany when compared with other countries. In the UK, to spend a substantial amount on housing, is normal,” he said.