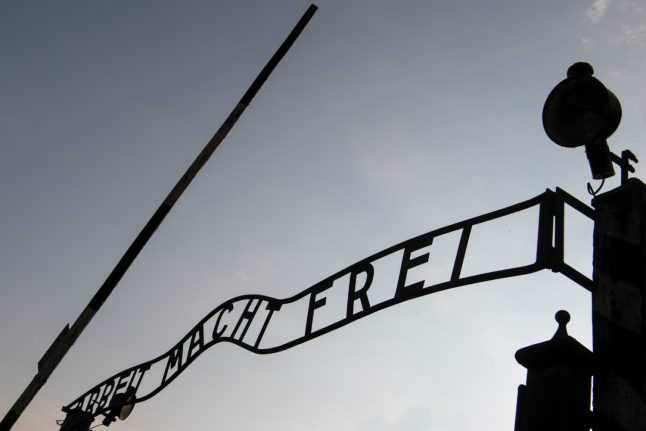 The 19-year-old man, who was identified only as Zeev K., committed the act in late March and was arrested the same day but released after admitting to it.

“The court found the accused guilty as charged and imposed a fine of 5,000 zloty (1,160 euros,” Daria Pichorz from the district court in the southern city of Krakow said.

Pichorz said that Zeev K. was not present for the verdict by a regional court in the nearby town of Oswiecim where Auschwitz is located, but added that he had agreed to pay the fine.

A guide from the museum and several other people witnessed the act.

SEE ALSO: 'Hell on Earth was a German creation', says Foreign Minister on visit to Auschwitz

The memorial in question is located between the ruins of the two crematoriums at the former death camp set up by Nazi Germany after occupying Poland during World War II.

Auschwitz-Birkenau has become a symbol of Nazi Germany's genocide of European Jews, one million of whom were killed at the camp between 1940 to 1945.

More than 100,000 others including non-Jewish Poles, Roma, Soviet prisoners of war and anti-Nazi resistance fighters also died there.