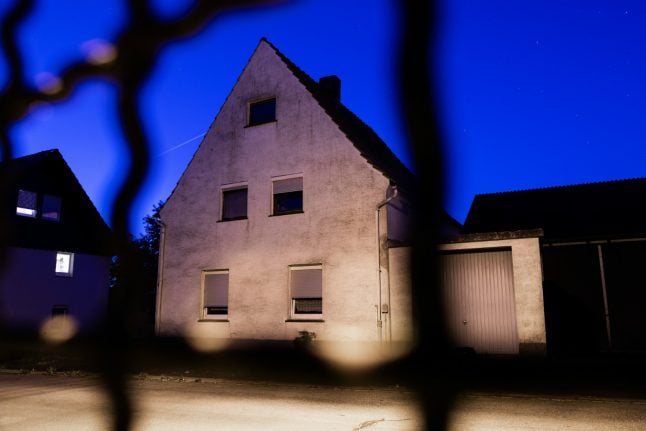 The former house of the accused couple in Höxter-Bosseborn. Photo: DPA

Angelika Wagener, 49, received a 13-year prison sentence and her former husband Wilfried, 48, an 11-year term in a psychiatric ward for the abuse that led to the deaths of two women.

The couple had entrapped at least eight women over the years, mostly luring them through personal newspaper ads to then physically and mentally torment them.

They tortured their victims at a house in in Höxter-Bosseborn, Paderborn, by beating, strangling and burning them, ripping out their hair, scalding them with hot water, as well as by using electric shocks and pepper spray, the trial heard.

When a 33-year-old woman died of her injuries in 2014, they dismembered her corpse and froze the remains before later burning them in their fireplace and spreading the ashes along village roads, Angelika Wagener admitted in court.

The two were arrested in May 2016 after they had severely beaten another victim, a 41-year-old woman, who died of severe head injuries in hospital.

The couple had planned to drive the woman back to her home, but their car broke down. As there were witnesses around, they had to call an ambulance.

When the woman arrived in a local hospital, doctors called the police and the couple were caught.

The case sparked public shock and revulsion as police forensic teams and TV crews descended on the 'House of Horrors' in the central German village of Hoexter.

Prosecutors had demanded life prison terms for both in the almost two-year trial in Paderborn, North Rhine-Westphalia state.

Several of the deeply traumatised survivors only dared to speak out and recount their experiences once the Wageners were in custody.

After their arrest, the couple had sought to shift the blame on each other.

Shortly before the verdict, Angelika Wagener apologised to the victims, while her ex-husband claimed, “I didn't know right from wrong”, and declared that “a therapy wouldn't be bad”.