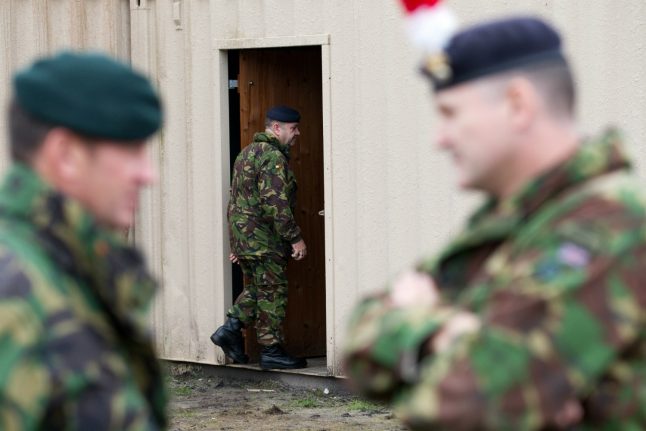 Soldiers at the British military training area of the Normandy Barracks in Paderborn-Sennelager. Photo: DPA

The defence ministry is trying to plug a huge military shortfall, and is cutting the number of troops in Europe by the time the Brexit transition period ends in 2020.

But a full withdrawal of troops from Germany has touched a political nerve in Britain, and the government has been forced to review those plans.

Where are British troops in Germany?

The personnel will be permanently based at the 117-square kilometer Sennelager Training Area, part of Paderborn, which provides both UK and NATO forces with a life firing training area.

The facility allows for large-scale manoeuvres to be rehearsed and there is also an urban warfare training centre .

“We will not close our facilities in Germany,” Defence Secretary Gavin Williamson told an annual conference of the ruling Conservative Party.

“Instead, we'll keep them open and forward base army units there.” Britain remains a key member of NATO, which is refocusing its attention on threats from Russia in the wake of its annexation of Ukraine's Crimea peninsula in 2014.

Why are they in Germany?

The UK's armed forces have had a presence in Germany since the end of World War II. There are currently around 4,000 British military personnel living and working in Germany.

As far back as 2010 former Prime Minister David Cameron announced the early withdrawal of all British forces from German soil by 2020, 15 years earlier than many had expected.

At that time it was said that British forces contributed an estimated €1.3 billion to the German economy each year. There was estimated to be 20,000 soldiers working at 12 bases in North Rhine-Westphalia and Lower Saxony.

“We will not let the Kremlin rewrite the outcome of the Cold War,” he said.

Williamson said the programme was “the first of its kind in a NATO state”.