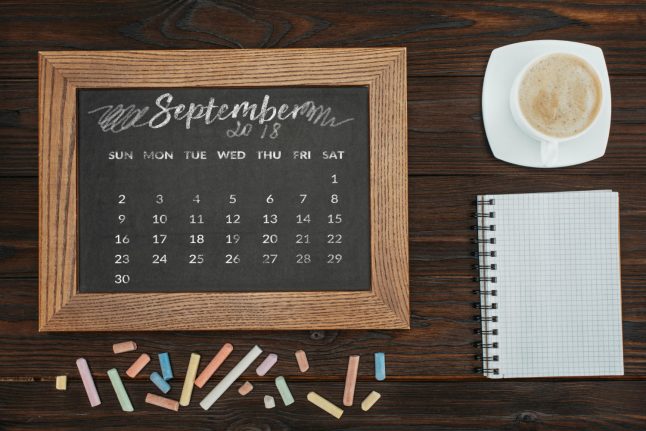 The U.S. is only one of two countries in the world that requires its citizens living abroad to file or pay taxes – no matter how much time they have spent out of the States. Yet now – amidst legislative initiatives in Washington for tax reform – Americans on the other side of the Atlantic will gather Monday from 6:30-8pm at the Intercontinental Hotel to discuss if change is in the wind, and to share to their experiences. The unique bipartisan meeting is hosted by Democrats Abroad, Republicans Overseas and the American Chamber of Commerce. More companies of all sizes in Germany are beginning to embrace artificial intelligence and virtual reality as part of their daily operations. This massive conference in Cologne brings together over 100 exhibitors and more than 3,000 guests to discuss the latest technologies, as well as business and social opportunities surrounding them.

In Berlin, it’s possible to travel the world simply by visiting its restaurants. This week head to the heart of Italia: from Thursday September 27th at lunch to Sunday September 30th at dinner, 58 of the best Italian restaurants in Berlin will offer their top courses for a special price (7€) together with a glass of wine, Spritz, beer or soft drink. The organizers aim to promote authentic Italian cuisine and give guests a tastes of unknown or regional Italian dishes: from the northern Polenta to the Sicilian Caponata.

Thursday: A push for cleaner cars in Germany

Following Porsche’s Sunday announcement that it would abandon Diesel vehicles, the Bundestag is further pushing for cleaner cars. On Thursday, a parliamentary committee will discuss a draft bill to improve air quality through more eco-savvy autos. It would require, among other things, that auto manufacturers retrofit all of their Diesel cars with a so-called clean Euro-5 engine, give tax incentives to purchase electric vehicles, and increase bike parking spaces at train and bus stations.

On Thursday, the Bundestag will discuss a draft bill which would add up to 13,000 nurses to aid elderly patients in both hospitals and old-age homes throughout the country. The move would be a first step to filling the gap in old age care, as the German Nursing Council estimates that Germany is short of up to 100,000 nurses. Arguably the world’s most famous festival, the sprawling Oktoberfest takes over the centre of Munich this week and beyond. Dress up in your Dirndl or Lederhosen, singing Volksongs with an overpriced pint of specialty-brewed beer. Yet if you haven’t experienced the real deal before, it’s worth heading to Bavaria at least once. Otherwise several German cities from Berlin to Münster are kicking off their own versions of the festival this week.

SEE ALSO: Oktoberfest beer mug to cost over €11 for the first time ever

Located along the idyllic Lake Constance in southwest Germany, it's no wonder that Friedrichshafen attracts boat enthusiasts from around the world for this nine-day festival, which stretches until the end the September. Almost 500 exhibitors from over 50 countries will present their products and accessories for sailing and leisure water sports. Guests can get their feet wet on one of the nearly 100 sail and motor boats available at the harbour for a test ride.