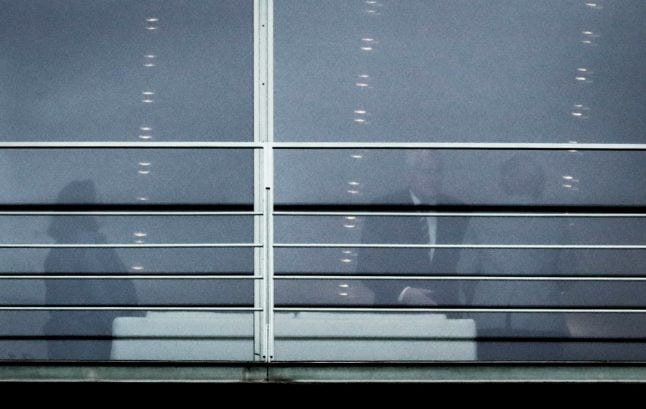 They agreed that Hans-Georg Maaßen, 55, who leaves the post as chief of the BfV security agency, be appointed special representative for internal security, said the chancellery.

Crucially, the new job in the interior ministry does not come with a raise in pay or status, after an earlier proposal to give Maaßen the more senior post of state secretary had sparked a public outcry.

Now leading coalition politicians have called for the government to return to business following the feud which has dominated German politics for almost a month.

“We should do everything in our power” to reach decisions in the Bundestag this autumn, Union faction leader Volker Kauder (CDU) told the DPA in Berlin.

He added: “I am thinking in particular of improvements in nursing care, the creation of affordable living space, and the strengthening of pensions. It must be an autumn of concrete progress for citizens”.

On Monday SPD vice-president Ralf Stegner told Funke Mediengruppe newspapers: “Now the coalition must pull itself together” and show what it can do “when it comes to rent, care, pensions and other things”.

The dispute is centred on controversial comments by Maaßen that appeared to play down the severity of far-right racist mob violence in the eastern city of Chemnitz last month.

Merkel's junior partners, the centre-left Social Democrats (SPD), then strongly pushed for Maaßen to be fired, while hardline Interior Minister Horst Seehofer of the conservative Bavarian CSU had defended the spy master as a competent bureaucrat beyond reproach.

With the scandal entering a second round, the three party leaders met on Sunday to resolve the tricky issue.

The row rocking the government of the EU's top economy has, many observers said, bordered on political farce and showed the weakness of Merkel as the leader of a loveless three-party alliance she had to cobble together for her fourth term.

However, Nahles called the new solution a good signal “that the coalition is in a position to take public criticism seriously and to correct itself”.
Maaßen's new position will not be connected to the Office for the Protection of the Constitution, he will not be promoted and SPD Secretary Gunther Adler, who was being moved aside in favour of Maaßen, will remain in his post.
“All in all, the basis has been laid for us to return to the subject of work now,” said Nahles.
Seehofer said Maaßen's new job would involve tasks like negotiating agreements for the repatriation of asylum seekers, being involved with the common European social policy, and agreements with African states on refugee policy.

An Emnid poll for Bild am Sonntag newspaper found that 67 percent of respondents no longer believed the three party chiefs still shared a common basis of trust, although a narrow majority also rejected the options of new elections now.

All major parties suffered in last September's election as the far-right Alternative for Germany (AfD) party took millions of their votes, capitalizing on public fears and anger over immigration.

Since Merkel's decision three years ago to allow a mass influx of mostly Muslim migrants and refugees, the issue has come to dominate political debate at the expense of other policy matters.

Tensions flared again last month after a fatal knife attack in Chemnitz – in which the top suspects are asylum seekers – triggered xenophobic mob violence that shocked Germany and the world.

Merkel deplored the unrest, but Maaßen soon contradicted her and questioned whether any “hunting down” of foreigners had taken place, and whether amateur video footage of the confrontations had been fake.

While his comments were cheered by the far right, the three opposition parties and the SPD demanded he be fired for meddling in politics.

The main beneficiary of the row has been the AfD, which calls Merkel a “traitor” and rails against “establishment parties”.

The Emnid poll said the AfD would garner 16 percent of votes if elections were held now.

Merkel's CDU/CSU conservative block scored 28 percent and the SPD 17 percent – giving their shaky coalition a total of 45 percent, its lowest ever support in the survey.

It came after a separate poll on Friday showed AfD would gather 18% of the vote, making them the second-strongest party in Germany after the Union.