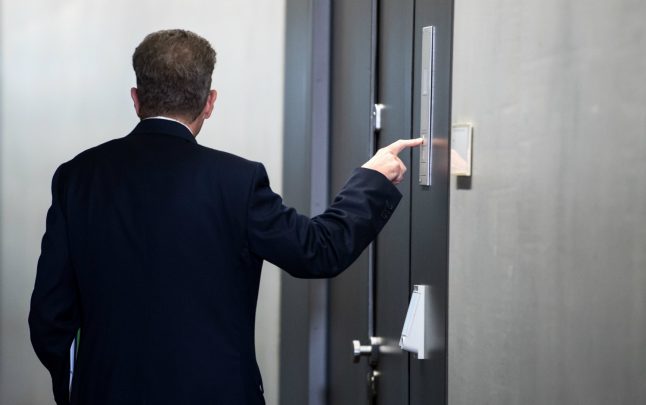 Merkel and the two other party chiefs decided Tuesday to relieve Hans-Georg Maaßen , 55, of his spy master post after his controversial comments questioning the extent of the far-right racist mob violence that shook the eastern city of Chemnitz last month.

However, in a deal that papered over the coalition cracks, they also agreed not to retire Maaßen but instead shift him into the more senior and better-paid, if lower-profile, post of state secretary in the interior ministry.

Bild had contributed to Maaßen's downfall as head of the Office for the Protection of the Constitution (BvF) because it was in an interview with the newspaper that the former spy chief had first made the comments about Chemnitz.

The news organization attacked the latest move by Merkel's grand coalition, a loveless power pact that governs with only a narrow majority after losing millions of votes to the far-right AfD party in last year's elections.

In an editorial on Wednesday, the newspaper said: “This was never about Maaßen. It was about power and the gigantic egos in a floundering grand coalition that is no longer capable of anything truly grand.”

Meanwhile, in an opinion piece, the Süddeutsche Zeitung blasted the “absurd” actions taking place in German politics right now. “The resolution strengthens those who regard officials and elected officials as at best outrageous and, in the worst case, indecent,” it said.

Die Zeit said the message being sent by the government's promotion of Maaßen was “unsettling”.

The newspaper said Maaßen was “a man who has triggered a unique crisis of trust, government and credibility” and that he “should not be given a leadership position” in the Interior Ministry.

Similar criticism rained down from opposition parties the Greens, Free Democrats and Die Linke, but also from within the deeply divided centre-left Social Democrats (SPD), Merkel's junior coalition partner, which had led the charge against Maaßen.

The heated row centres on the xenophobic street violence that shook the ex-communist city of Chemnitz in late August, following the late-night stabbing death of a German man in which the chief suspects are an Iraqi and a Syrian.

Merkel had deplored how racist thugs then “hunted” people of foreign appearance, but Maaßen  later contradicted her by suggesting that video footage of the unrest was fake and questioning whether any “hunts” had indeed taken place.

Maaßen' comments were cheered by far-right anti-immigration groups but sparked anger from all other parties, which only appeared to intensify after Tuesday's compromise deal.