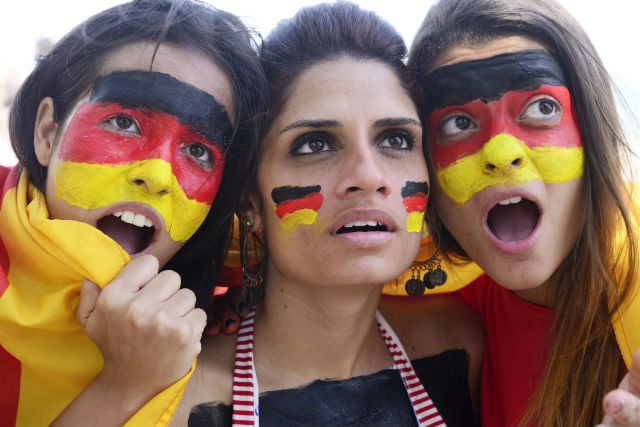 Ah, cultural norms. It’s not until you know what they are that you can avoid making a huge faux pas (known as a Fehlgriff in German).

For example, you wouldn’t think twice about having a snack on the U-Bahn but in Japan eating on the move is a big no-no. Likewise, blowing your nose in public isn’t just acceptable in Germany, it’s practically encouraged. But clearing your nasal cavities whilst out and about in China would earn you some very disapproving looks.

Nervous at the prospect of committing an unforgivable social blunder? Never fear — The Local has teamed up with BDAE, an insurance provider specialising in health insurance for expats in Germany, to bring you 10 faux pas you should never commit in Deutschland.

Germans aren’t the only Europeans who don’t like wearing shoes indoors. They are the only ones, however, to offer guests a pair of house shoes (Hausschuhe) to put on instead. Someone else’s slippers, anyone?

Germans take their shuteye seriously. So much so that there are rules in place to make sure people can rest uninterrupted. Ruhezeit, which means rest time, varies by city but generally applies to the hours between 22:00-06:00. Fortunately, there are plenty of German pastimes which are perfect for these quiet hours. Why not invite a couple of friends over to play a game of skat, a 200-year-old German card game, or set up a tightrope in your living room and test your balance with a spot of slacklining?

While countries like Sweden might not be far off from becoming cashless societies, Germans still favour good old-fashioned cash payments. Germany’s aversion to paying by plastic is widespread so don’t assume that everywhere will take card. In fact, assume the opposite or risk running to an ATM every time the check comes.

4. Never…forget to take out health insurance

By law, all German residents need to have either private or state health insurance. It’s not just a social norm, it’s a legal requirement. You’ll need to show proof of health insurance when you apply for your certificate of residence at your local Ausländerbehörde (Foreign National's Authority) or at the Einwohnermeldeamt (Residence Registration Office).

BDAE offers a range of health insurances designed specifically for expats living in Germany. It won’t just come in handy when you apply for your residence certificate, the right insurance will also guarantee you’re protected if any medical issues arise.

You’ve looked right, you’ve looked left, there are no cars to be seen, surely it’s OK to cross the road? Think again.

This is a big nein-nein. You don’t cross the road in Germany unless you’re standing at a crosswalk and the little man is glowing green. Risk it and you could land a €5-10 ($6-12) fine as well as being reprimanded by every German standing within a 10 metre radius.

This one deserves the exclamation mark. Germans see lateness as rude and even personally insulting. If you’re running late, send the person you’re meeting a text or give them a call to explain. If you don’t and proceed to show up late without good reason, you can wave goodbye to a repeat invitation.

7. Never…look away when saying ‘Prost!’ We get it, looking someone in the eye can be a bit awkward (Read: Painful to the point of wanting the world to swallow you up). But when clinking glasses with your German buddies, it’s customary to make eye contact. So try to lock eyes even if every fibre of your being is crying out to look absolutely anywhere else.

Germans take the battle against waste seriously (their recycling system is famously complex) and bottles are no exception. Get caught throwing your plastic bottle in a bin on the street and you risk a thorough telling off.

The German Pfand-system adds an additional deposit to the price of a bottle or can which is reimbursed to you when you return the container to a reverse vending machine. The machine then issues you with a voucher which you can redeem for cash at the till of the store where you have deposited the bottles.

9. Never…ask for a tap water

Tap water in Germany is perfectly safe to drink but that doesn’t mean you should. Ordering tap water in a restaurant is seen as stingy and such a fatal faux pas that your server may even refuse to serve it. This extends to entertaining at home, where it’s considered cheap to offer guests a glass of water that hasn’t been poured from a bottle.

In France, where people talk practically at the same time, interrupting someone shows that you are listening and agreeing with the other person. This isn’t true in Germany, where it’s seen as rude to interrupt or speak before the verb at the end of the sentence. So unless you have a very good reason for interrupting (like ‘Fire!’ or ‘Buffalo stampede!’), wait your turn to talk.

BDAE offers a comprehensive range of health insurance packages for expats living in Germany. Find one that suits your situation so that you know you're covered, whatever health issues you may face.

This article was produced by The Local Creative Studio and sponsored by BDAE.