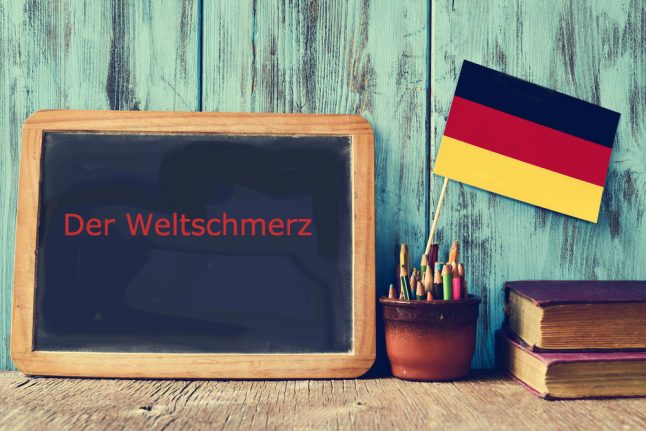 Tired, down and depressed with the world? Frustrated with your friends because they refuse to help you out of the predicament you’re in? Don’t want to go in to work because your colleagues are incompetent? You might have a case of Weltschmerz.

Weltschmerz literally means ‘world pain’ and refers to a sense of world-weariness. It denotes feelings of sadness and melancholy as provoked by the inadequacy of the human experience. Weltschmerz is suffered by people who perceive that physical reality is too tarnished by evil and suffering to satisfy the mind’s desires.

The word was coined by German Romantic author Jean Paul and became a popular notion amongst other Romantic writers such as Heinrich Heine and Clemens Brentano.

He wrote a lot about his feelings of world weariness

I can’t put up with it any more. I’m suffering from weariness with the world.