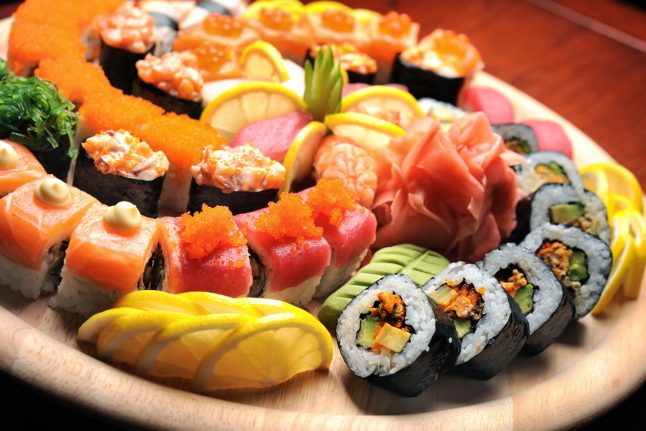 In a visit last weekend to the all-you-can-eat sushi restaurant Running Sushi in Landshut, Bavaria, former bodybuilder Bobrowski, 30, ate close to 100 plates of sushi, sending the restaurant into a state of alarm.

“He eats for five people. That is not normal,” its owner told the Passauer Neue Presse.

Bobrowski has a special diet, in which he doesn’t eat for 20 hours, and then eats “until I’m full,” said the athlete, who works during the day as a software engineer.

At the restaurant, that meant eating almost 100 plates of sushi one evening. Finding Bobrowski’s habits too expensive for their business, the chef and owner of the restaurant personally told him he is now prohibited from returning.

“When I went to the checkout, I wanted to tip, but the waiter did not want to accept that,” he says of the locale, which has a fixed price of €15.90 for its all-you-can-eat sushi buffet.

Instead, he was discreetly told by the restaurant’s owner and chef that “I'm banned from now on because I'm eating too much.”

In the interview, Bobrowski – who stands at 172 centimetres and weighs 79 kilograms – feels he works off his mountainous hunger, keeping his body fat “less than ten percent,” as it should be, he says.

Bobrowski had been a regular guest at Running Sushi, also eating generous portions of sushi, though it was not until his last and hungriest visit that the restaurant drew the line, reported Stern.