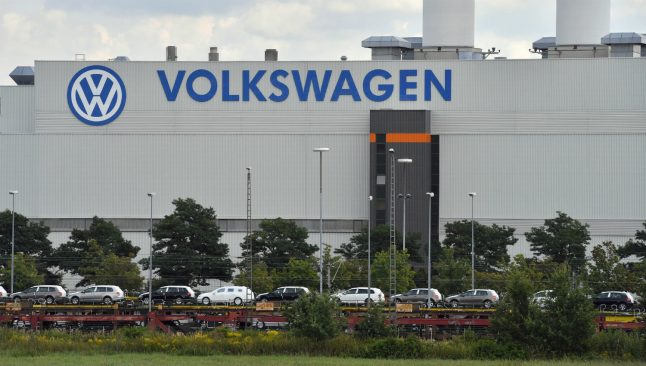 What is the case about?

The case in Brunswick, near VW's Wolfsburg headquarters in northern Germany, focuses on the plunge in the mammoth group's share price in September 2015.

After American authorities revealed its mass diesel cheating, the stock shed some 40 percent in two days.

Now investors are demanding compensation for their losses, saying Volkswagen should have warned them sooner about the risks.

Why should we care?

This is the first major trial related to “dieselgate” in Germany, where previously only a few individual customers have brought the carmaker to court and the results have not been made public.

In the US, VW settled claims with customers for some $14.7 billion, and two former managers were jailed.

While Monday's case deals with the technical aspects of how and when the group communicated with financial markets, the court will have to lay out a timeline of the scandal and determine when executives knew about the cheating.

Such details are vital to ongoing criminal investigations in Germany.

What must the court decide?

Brunswick judges will rule on more than 200 questions submitted by the two sides in the case.

Among the most vital are whether VW should have let investors know about its cheating software, whether it deliberately covered up the information, and which board members knew what – and when.

The answers will then be carried over to more than 3,000 pending court cases from investors against VW and Porsche SE, the holding company that owns a controlling stake, to determine whether compensation should be paid out.

What are the risks for VW?

In total, the shareholders represented in those over 3,000 cases are demanding € 9 billion euros ($10.5 billion) in compensation.

But if judges rule against VW, it will be up to the courts to decide in each case how much is owed.

So far, the group has paid out more than €27 billion euros in fines, legal costs and buy-backs over dieselgate in Europe and the US.

What do the investors say?

Lawyers for investment fund Deka, whose case is a “model” for the others with similar characteristics, argue VW should have informed investors at several points between 2008 – the time of the cheat software's first deployment – and September 22nd, 2015, when it first admitted to the fraud.

They argue that managers knew about the so-called “defeat device” and that that information would likely have an impact on the group's share price.

The world's biggest carmaker says that information available at the time did not make communicating with shareholders legally necessary.

They argue that the cheating was a scheme by a small group of engineers acting without their superiors' knowledge or authorization.

Once alerted by the US authorities, executives did not realize how serious the scandal would become, they add, believing it could be resolved amicably.