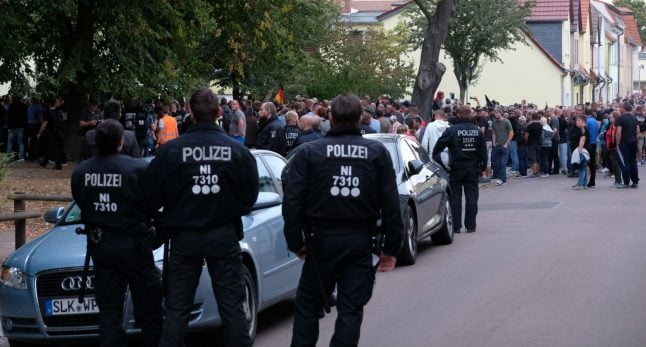 People gather in the centre of Köthen in Saxony-Anhalt on Sunday evening. Photo: DPA

Local police and prosecutors said the 22-year-old victim had suffered acute heart failure after coming to blows with the Afghan suspects during a dispute on a playground in the town of Köthen in Saxony-Anhalt late on Saturday.

The German man's death was “not directly” linked to the injuries suffered in the brawl, they said in a statement. Media reports said he died in hospital and that he had a pre-existing heart condition.

The incident was expected to inflame anti-migrant tensions, coming just two weeks after the fatal stabbing of a 35-year-old German man in the city of Chemnitz, allegedly by two asylum seekers.

“With emotions running high, we have to resist any attempt to turn Köthen into a second Chemnitz,” the state premier of Saxony-Anhalt, Reiner Haseloff, told DPA news agency.

Chemnitz, also located in Germany's former Communist east, has been rocked by a series of far-right demonstrations that saw participants assault foreign-looking people and shout anti-immigration slurs while some flashed the illegal Nazi salute.

Immediately after news of the latest incident broke, right-wing groups called on social media for a “mourning march” in Köthen from 7pm.

Police estimated the turnout at some 2,500 people, and reported no major disturbances. Many of the demonstrators waved the German flag and shouted: “Resistance! Resistance!”.

A counter-demo by far-left protesters at Köthen's rail station drew 200 people, according to police.

Mayor Bernd Hauschild, in a Facebook message, urged locals to shun the right-wing demo because he had “information that people prepared to use violence were planning to travel to Köthen in large numbers”.

Bild newspaper said around 100 federal police officers had been sent to Köthen to help keep the peace, after police were criticized for underestimating the scale of the Chemnitz demonstrations.

According to local media the latest incident started when three Afghan men were arguing with a pregnant woman over who was the father of her unborn child.

Two German men then approached the group and the row escalated into a brawl. The third Afghan was not arrested as he was not believed to have been involved in the fighting.

Local residents and politicians on Sunday placed flowers and candles at the scene.

But he urged residents to “keep calm” and let justice run its course.

The recent unrest in Chemnitz in neighbouring Saxony has reignited debate in Germany about Chancellor Angela Merkel's 2015 decision to open the country's borders at the height of Europe's migrant crisis.

More than a million asylum seekers have arrived since then, deeply dividing Germans and fuelling the rise of the far-right Alternative for Germany (AfD) party.

Merkel has strongly condemned the angry mobs in Chemnitz, saying there was no place for “hate in the streets”.

But interior minister Horst Seehofer of her CSU sister party, and one of Merkel's fiercest critics, responded by blasting immigration as “the mother of all political problems”.

It also emerged at the weekend that a Jewish restaurant was attacked on the sidelines of the Chemnitz protests on August 27th.

The owner told AFP that around a dozen masked neo-Nazis shouted: “Jewish pig, get out of Germany!” and hurled rocks, bottles and a metal pipe at the Schalom restaurant.

The head of the New York-based World Jewish Congress slammed the “reprehensible” attack.

“It is inconceivable and outrageous that neo-Nazi elements or Nazi-inspired individuals in Germany continue to feel empowered to engage in violent acts against Jews and other minorities,” Ronald Lauder said.

“We aren't blind to any of this,” Seehofer said. 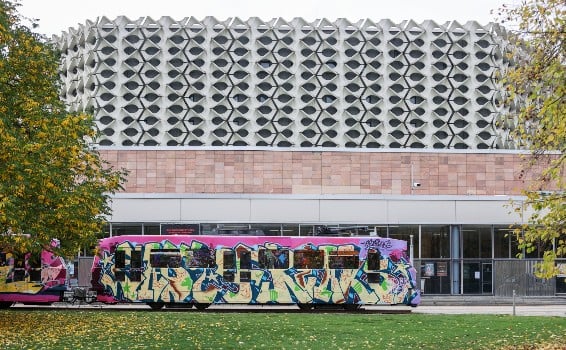 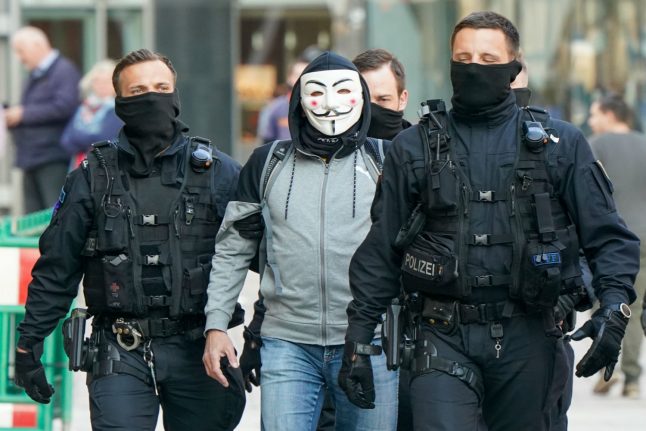