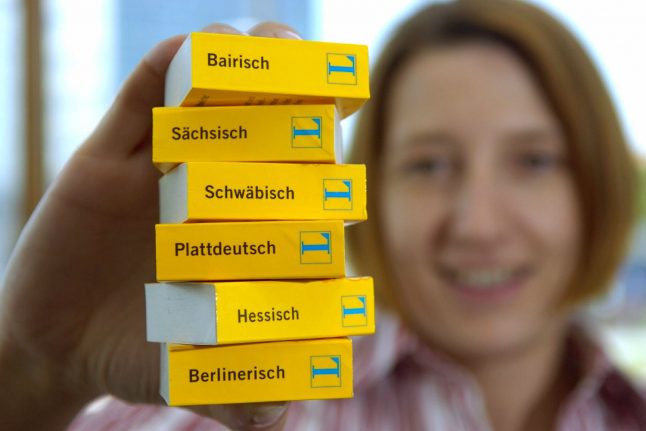 Learning German is hard, and it is a task made even harder by the variety and complexity of local dialects. Each region has a plethora of unique linguistic features. We’ve put together an overview of some of the most interesting idiosyncrasies of some of Germany’s most significant dialects, to help you sound more like a local.

Plattdeutsch, which can also be called Niederdeutsch, is spoken in northern Germany, as well north-eastern parts of the Netherlands. The term ‘Nieder’, or low, pertains to its geographic location in the northern European lowlands. In contrast, the term ‘Platt’ means clear and easy to understand.

Plattdeutsch is arguably the dialect which is most similar to English. ‘Machen’ is said like ‘maken’, and‘sitzen’ like ‘sitten’.

Unlike the other German dialects, which are more similar to the English notion of accents, Plattdeutsch is considered its own language, and is protected by the European Charter for Regional or Minority Languages.

SEE ALSO: 12 words and phrases to help you survive in Hamburg

Sächsisch suffers from the unfortunate condition of often being considered Germany’s ugliest dialect. Wessis often mock the Sächsisch dialect, and if you want to impress your new western German friends, imitating a Sächsisch accent is a good way to make them laugh. It is perhaps ironic that Martin Luther’s bible, which is considered the foundation of modern Hochdeutsch, stems from his Sächsisch dialect.

Similarly, weak consonants typically take the place of harder consonants. This means that ‘k’ is often said as ‘g’, ‘p’ as ‘b’ and ‘t’ as ‘d’. If you break something, it is ‘gabudd’, rather than ‘kaputt'.

Another significant feature of the Saxon dialect is the pronunciation of ‘ch’ as ‘sch’. It can be difficult to know whether someone saying ‘disch’ means ‘Tisch’ or ‘dich’.

Berlinerisch is not so much a dialect as the variation of German as spoken in the eastern parts of Berlin city and surrounding Brandenburg.

Thanks to Berlin’s rich history, the German spoken here is largely influenced by immigration. Based largely on Hochdeutsch, Plattdeutsch and Sächsisch, the German spoken in Berlin is also influenced by Slavic, Dutch, Yiddish and French. The French influence derives from the Huguenot refugees who came to the city during the 17th century. It can be seen in the presence of words such as ‘Bredullje’ – a difficult situation – and ‘Fisimatenten’ – nonsense.

SEE ALSO: The German words we use everyday – that are actually French

One of the most notable features of Berlinerisch is the pronunciation of the hard ‘g’ as a softer ‘y’ sound. ‘Gut’ is expressed as ‘yut’, and ‘egal’ as ‘eyal’.

Another interesting feature of Berlinerisch is that speakers often don’t distinguish between the accusative and dative; ‘dich’ and ‘dir’, and ‘mich’ and ‘mir’.

The idea of Bavaria conjures up a host of stereotypes and clichés about Germany. From Oktoberfest to Schlösser, from Dirndls to mountains, Bavaria seems to encapsulate everything traditional about Germany. It is then perhaps ironic that its dialect is one of the trickiest for other German speakers to understand. Although Hochdeutsch is becoming increasingly prevalent, it can still be considered Schriftdeutsch (written German) in Bavaria as it is mostly used in formal and written conditions.

It is also important to distinguish between Bairisch, which refers to the dialect, and bayerisch, which is the adjective describing anything from Bavaria. For that matter, Bairisch is spoken not only in Bavaria, but also parts of Austria and South Tyrol.

As with all dialects, Schwäbisch has a cornucopia of unique words and phrases. Beloved among Swabians is the term ‘Muggeseggele’. This word is used to refer to a very small quantity or unit. The word literally refers to the male organs of a housefly, and in 2009, readers of the Stuttgarter Nachrichten voted it, with a great majority, as the most beautiful Schwäbisch word.

Pfälzisch should be considered a broad term for the various dialects spoken in parts of western Germany, around the Rhineland-Palatinate. Some of its smaller dialects include Westpfälzisch, Vorderpfälzisch and Kurpfälzisch.

Pennsylvanian Dutch is a dialect of German derived from German spoken in the Palatinate area. The dialect was spoken by German immigrants to the U.S. states of Pennsylvania, Ohio and other Midwestern U.S. during a wave of immigration in the late 17th and early 18th centuries.

An interesting feature of modern Pfälzisch is its general omission of the future tense. ‘Werden’ is rarely used, and the future tense is expressed through the present tense, context, and time-phrases.

Similar to Pfälzisch, Hessisch should perhaps be considered less of a dialect in its own right, and a collection of accents within and around the state of Hessen.

Hessians also like to abbreviate words. Words ending in ‘en’ drop the final ‘n’. ‘Singen’ is pronounced as ‘singe’, ‘schwimmen’ like ‘schwimme’ and words ending in ‘e’ often drop this final vowel, which transforms words like ‘Wiese’ into ‘Wies’. This feature also allows Hessians to shorten the stem of words. ‘Nehmen’, for example, is said as ‘nemme’

Various words combine these linguistic features to result in a softer, looser variation of the Hochdeutsch original. ‘Ein bisschen’, for instance, is said as ‘E bissi’, while ‘haben’ is said as ‘hawwe’. 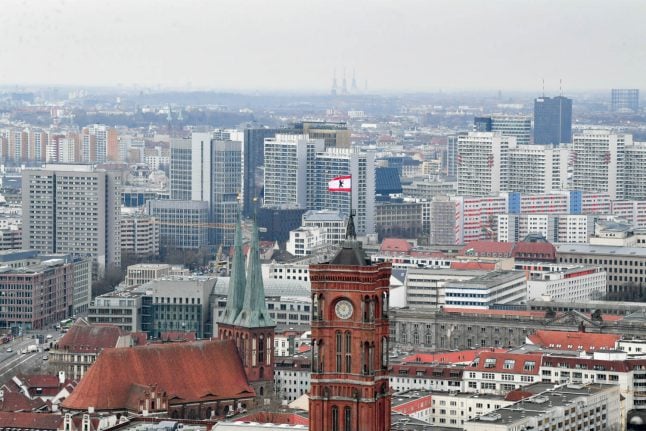 In Berlin rents have gone down. Photo: DPA

The coronavirus crisis is causing major economic problems, and resulting in a loss of wages for many people. Yet rents are continuing to go up for new tenants in many German cities, according to a study by real estate firm Immowelt.

However, there's been a decline in the capital Berlin.

According to the analysis, rents are increasing in 57 of 81 German cities with more than 100,000 residents.

Here's what they found:

READ ALSO: Why rents in Germany will continue to rise in 2020

Housing is getting more expensive

It's not just smaller cities with low rents which have so far been affected by the increases, the study reports. Even in the most expensive large cities and metropolitan areas, housing is becoming ever-more pricier.

Munich shows an increase of four percent. The median rent for new apartments on the market in the Bavarian capital now costs €17.30 per square meter – more than in any other major city.

Even the high-priced financial metropolis of Frankfurt is well behind with €13.60. Rents there have, however, risen by five percent in recent months. Similar increases were also recorded in Hamburg (+4 percent) and Düsseldorf (+5 percent).

Stuttgart, another notoriously high-priced city for renting in Germany, has seen a rise of three percent, from €12.40 per square meters to €12.80.

“The demand and supply for rental apartments gape widely apart in most major German cities, said Professor Dr Cai-Nicolas Ziegler, CEO of Immowelt AG. “Even the corona crisis has not changed this.

“The number of enquiries is already back to the level it was at before the crisis. Residential construction, on the other hand, has come to a partial halt. In tight markets, we therefore continue to expect rents to rise slightly.”

READ ALSO: Rising rent prices in Germany: What are the affordable options for families?

Why Berlin is the exception

One of the few cities with falling rents is Berlin. From on average €10.70 per square metre at the end of 2019 to the current €10.20, market rents have fallen by five percent.

The rent freeze, which has been in force since the end of February, has played a major role in the decline.

It means rents for existing properties (built before 2014) are frozen for five years. At the same time, rent caps apply, the amount of which depends on the year of construction, location and equipment. The benchmark for this is the price level of the current Berlin rent index.

Other cities where the rent has reportedly gone down are Ingolstadt (–2 percent) from €11.30 per square metre to €11.10 and Wiesbaden and Münster (both –3 percent).

In 70 percent of the cities surveyed, however, the price curve continues to point upwards.

The largest increases are recorded by the smaller cities. Reutlingen leads the way with a 12 percent increase between the end of 2019 and the beginning of 2020, while Mainz (+10 percent) also shows double-digit growth.

In both cities, an apartment rents at more than €10 on average. Although this limit has not yet been topped in Moers (+9 percent) and Wolfsburg (+7 percent), new tenants there must also be prepared for higher prices. 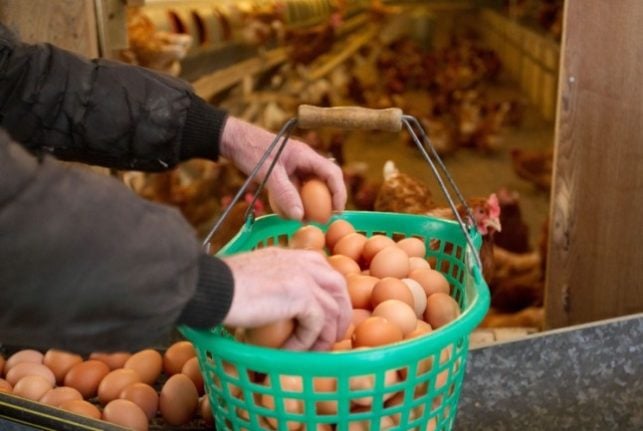 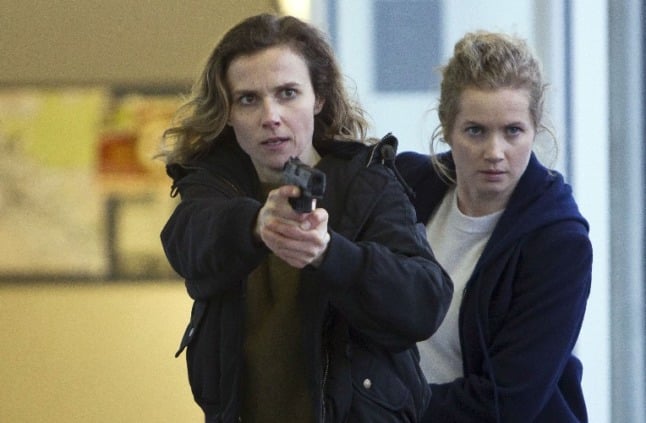