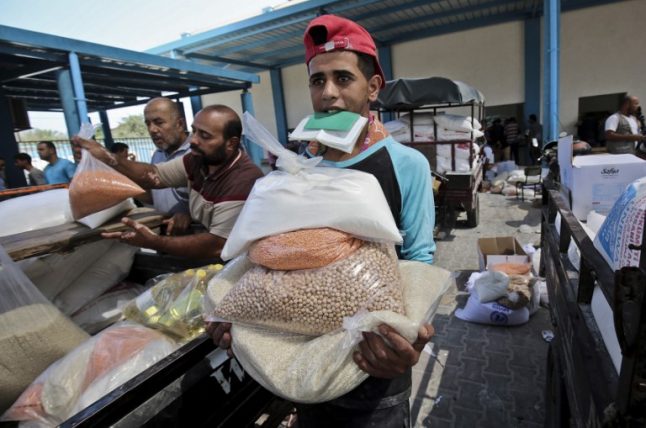 The United Nations Relief and Works Agency for Palestine Refugees (UNRWA) has been struggling to balance its books since the United States announced in January it was cutting its annual funding by $300 million (260 million euros).

German Foreign Minister Heiko Maas said in a letter to European Union colleagues that the agency was a “key factor for stability” in the Middle East whose breakdown could entail an “uncontrollable chain reaction”.

Maas did not say how much money Germany would give in addition to 81 million euros it has already provided so far this year, but appealed to the EU to jointly support the agency to make up the deficit. The foreign ministry confirmed the content of the letter.

UNRWA director Pierre Krahenbuhl said Thursday that the agency needs $200 million to continue its work until the end of this year.

The agency supports some five million registered Palestinian refugees and provides schooling for 526,000 children in the Palestinian territories, Lebanon, Syria and Jordan.

But UNRWA has warned it currently only has the funds to keep its 711 schools open for the next month.

Jordan's foreign minister said Thursday that his country would host a fundraiser at the United Nations headquarters in New York on September 27 on the sidelines of the UN General Assembly to keep the agency afloat. Several German cities saw pro-Palestinian demonstrations during the deadly 11-day conflict between Israel and Hamas, the Islamist movement which controls the Gaza Strip, prompting Merkel to issue a call for calm.

“Those who bear hatred towards Jews in the street, those who incite racial hatred put themselves outside our Basic Law,” Merkel declared in her weekly podcast.

“Such acts must be punished severely,” she insisted.

Merkel noted that Germany’s constitution “guarantees the right to freedom of expression and peaceful assembly. But it offers no place for attacks on people of a different confession, no place for violence, racism or denigration” of others and their beliefs.

German police made some 60 arrests last Saturday while some 100 officers were hurt as a pro-Palestinian rally in Berlin turned violent.

Some participants at marches in towns across Germany shouted anti-Semitic slogans, which Merkel blasted as “unacceptable”. Others burned Israeli flags
and, in one case, stoned the entrance to a synagogue.

More demonstrations in support of the Palestinians were scheduled for this weekend, in Berlin and in other cities.

On Saturday, a Jew from Berlin filed a complaint to say he had been attacked overnight by three unidentified men, police said.

The 41-year-old man, who was wearing a kippa at the time, said he was first insulted, then hit in the face, before his attackers fled the scene.

The authorities in Germany are worried about a resurgence of anti-Semitism from the far-right, notably since the October 2019 attempted attack against a
synagogue in the eastern city of Halle carried out by neo-Nazi Holocaust deniers.

The growing Jewish community in Germany numbers in the hundreds of thousands, many of them from the former Soviet Union. 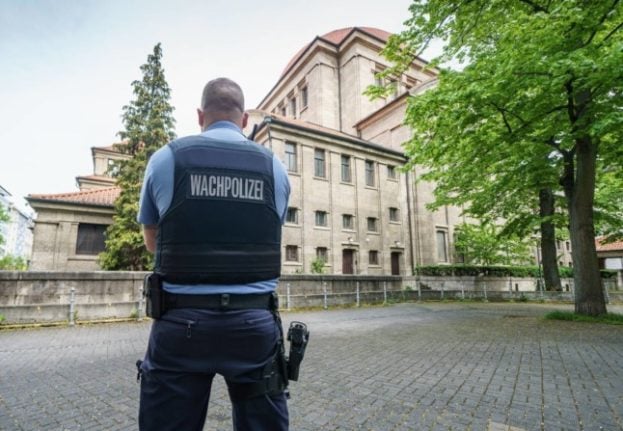 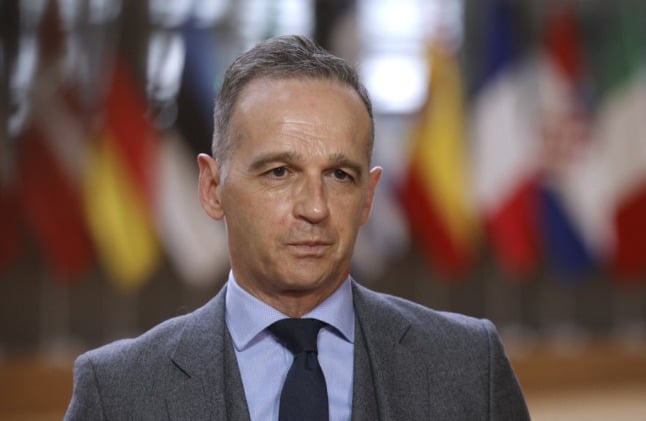